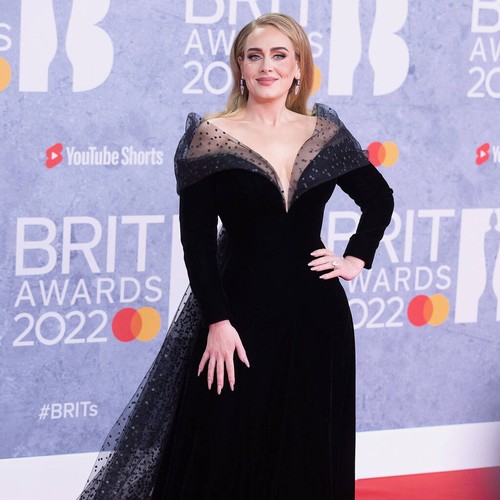 The Hello singer originally postponed the residency the day before it was due to start in January because the show wasn’t ready, and it will eventually open this Friday at The Colosseum at Caesars Palace.

Adele, 34, admitted in a lengthy Instagram post Thursday night that she was “more nervous” than ever before a show.

“I’m feeling all kinds of things as I write this. I’m very emotional, incredibly nervous, but can’t sit still because I’m so excited,” she captioned a photo of her rehearsing in the venue. “I always get scared of shows, and I take it as a good sign because it means I care and I just want to do a good job.”

The Rolling in the Deep hitmaker then speculated why she might have been feeling so anxious and acknowledged the delay earlier this year.

“Maybe it’s because I didn’t start when I was supposed to. Maybe it’s because it’s opening night, maybe because Hyde Park went so great, maybe it’s (sic) because I love the show, I don’t know. But it’s safe to say I’ve never been more nervous before a show in my career, but at the same time I wish today was tomorrow! Can’t wait to see you there,” she concluded.

Adele was originally supposed to make her live appearance with the residency, but the delay saw her perform her first public concerts in five years in London’s Hyde Park this summer.

The Weekends with Adele residence runs until March 25, 2023.