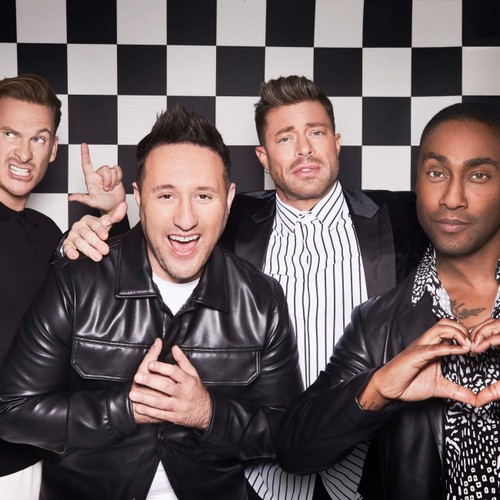 Blue wants S Club 7 to get back together.

The ‘All Rise’ hitmakers released their first new album in seven years, ‘Heart and Soul’, in October and would like to see the ‘Bring It All Back’ hitmakers – currently touring as a trio – follow in their footsteps by completely reuniting.

When asked who he would like to see get back together, Duncan told BANG Showbiz exclusively, “I personally love S Club 7. I would love to see them make a big comeback with all of them.

“They were also from my era and I loved the five guys.”

Duncan enjoyed being with Blue again this year because his bandmates, Antony Costa, Simon Webbe and Lee Ryan, are like “brothers” to him – even though they fight like any family.

He said: “It’s nice to be back with a new album that we’ve had a lot of fun putting together and making. It’s nice to go on tour again, it’s nice to work with the guys.

“These guys are my brothers, I have no siblings, so as I spent the last two decades of my life working in Blue with Ant, Si and Lee, they have become my extended family.

“Sometimes I want to kill them but most of the time it’s a harmonious foursome!”

Meanwhile, Antony thinks fans just want to hear “good pop music,” no matter what era it was made in.

Asked why 90s and 2000s pop bands were so eager to come back, he said: “I think people just want to hear good pop music. It doesn’t matter what era you’re from – many bands from the 90s and 90s return for nostalgic tours.

“We did a gig in Norway and there were a lot of bands from the 90s and 90s there. The crowd loved it. Music makes the world go round – it’s not about what’s cool and what’s not.

“It’s about people enjoying music. We’re just happy to get a second bite of the cherry.”