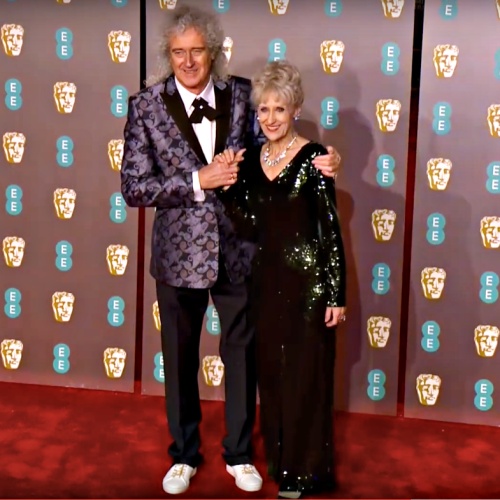 Queen guitarist Brian May has been honored with the title of Sir in the 2023 New Year’s Honors List published at 10:30pm on Friday 30th December.

The Queen musician, who already holds the title of Dr. and previously received a CBE, now receives the honor of a Knighthood, adding the honorary title of Sir to his name, hereafter to be recognized with the full title of Sir Brian Harold May CBE. Brian’s wife of 22 years, Anita Dobson, is allowed to use the title of Lady May.
On receiving his acknowledgment Sir Brian responded by saying:

“I am happy and grateful for this honor. I will consider the knighthood not so much as a reward, but more as a command – a command – for me to continue to fight for justice – to be a voice for those who have no voice. I will try to be worthy – to be that knight in shining armor.

Sir Brian May
May was appointed a Commander of the Order of the British Empire in 2005 for “services to the music industry and for his charitable work”.

He holds a PhD in astrophysics after resuming his studies and receiving a PhD from Imperial College London in 2007.

Arguably one of rock music’s greatest and best-known guitarists and songwriters, regularly appearing in “The World’s Greatest Guitarists” polls, May is an icon for musicians of all ages. As a member of Queen, he is a household name and his signature guitar riffs are world famous. Among May’s most famous songs for Queen are “We Will Rock You”, “Tie Your Mother Down”, “The Show Must Go On” and “Hammer To Fall”.

In addition to his music achievements, May is an astrophysicist, passionate activist and animal welfare charity enthusiast, an avid and popular blogger, as well as an author and publisher. He is also Vice President of the RSPCA.