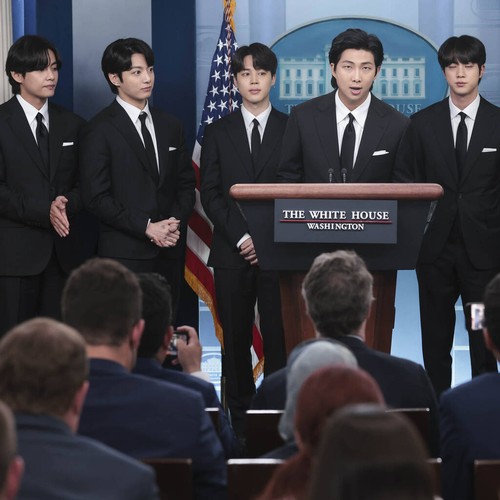 BTS singer Jin asked fans not to come to the military training center where he is stationed.

After confirming he would enlist in South Korea’s armed forces, the K-Pop star responded to reports revealing which military base he will be stationed at.

“While an article has been published that I didn’t want (regarding my conscription), ARMY, you can’t come to the recruit training center,” Jin addressed the BTS fan base, nicknamed ARMY, via Metro UK. “Since there will be a lot of people other than myself, it will be crowded and it could get dangerous ARMY, I love you.”

Jin will begin training in Yeoncheon District of Gyeonggi Province on Dec. 13, according to the outlet. He is the first BTS member to enlist in South Korea’s compulsory military service.

The group’s management company, Big Hit Music, previously announced that each BTS member would undergo the mandatory military service required in South Korea. Jin had submitted a request to delay his conscription, but later withdrew the plea and will follow the required enrollment process for other South Korean citizens.

Busan’s mayor had also challenged the group’s conscription and asked South Korean President Yoon Suk Yeol to exclude the pop stars from the law. The president declined the request.

Aju Business Daily confirmed that the singer is undergoing basic training and will be given an assignment at the end of his program. The newspaper also reported that after five weeks of training in a boot camp regiment, Jin would be deployed to a unit.