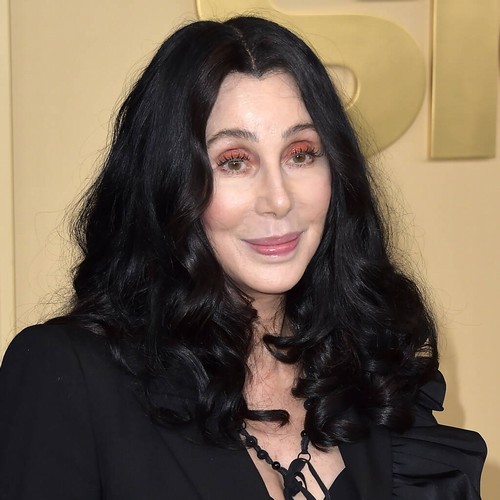 Cher has acknowledged that her age gap relationship with Alexander Edwards “looks odd on paper”.

The Believe singer, 76, sparked speculation that she was dating the 36-year-old music manager when they were photographed leaving a club holding hands earlier this month, and soon after confirmed the romance on social media .

On Wednesday evening, she posted a topless photo of the music producer on Twitter. Alongside the photo, in which Alexander is simply wearing boxers, she wrote, “AEHanging Ot (Out).”

She then commented that their relationship looks strange on the surface, tweeting, “On paper this looks strange (even 2 ME) AE says (love) doesn’t know math.”

The veteran singer also revealed details of their relationship while answering questions from her fans.

When asked about Alexander’s best features, she replied, “He’s kind, smart, hilarious…and we (kiss) like teenagers.”

Cher also shared that Alexander chased after her and that she was “skittish” at first.

“He’s 36 and he eventually came after me, until we met in the middle. He’s the consistent one, I’m the skittish one. We love each other… LADIES NEVER GIVE UP (sic),” she wrote.

TMZ editors recently reported that Cher and Alexander met at Rick Owens’ Paris Fashion Week show in September, and the If I Could Turn Back Time hitmaker seemingly confirmed this by telling a user, “PARIS WAS MAGIC.”

Cher was previously married to Sonny Bono from 1964 to 1975 and Gregg Allman from 1975 to 1979, while Alexander previously dated model Amber Rose. The pair share a three-year-old son named Slash.