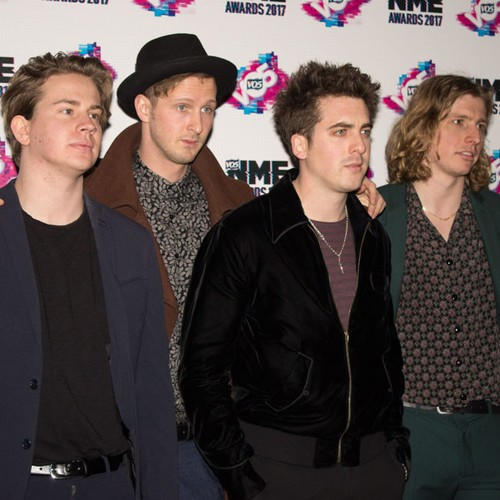 The singer and guitarist have been stricken with viral pericarditis, an inflammation around the heart, so the band has had to reschedule their scheduled shows in Kingston, Bournemouth, Brighton and Totnes.

A message on the band’s official Twitter account read: “Hello everyone, absolutely discouraged to have to do this. But if you’re attending the album release shows this week, please read the statement above. Many thanks, Kieran x ( sic)”

A statement from Kieran read: “Hello, Kieran here. Unfortunately, I was recently admitted to hospital with very unpleasant chest pains and was diagnosed with viral pericarditis, an inflammation around the heart. I’m feeling pretty rough but have had some strong drugs (god bless the NHS).

“I couldn’t get through a gig right now even if I wanted to, and believe me I really want to f******! So with this I’m sad to say we’re going to be rescheduling our four album launch show in Kingston, Bournemouth, Brighton and Totnes. We will reschedule as soon as possible and won’t keep you waiting too long. I’m going to make myself better and be back in action in a week. I’m sorry to put you down.

‘I’ll see you all soon. Kieran.

“PS The NHS nurses and doctors are truly remarkable. (sic)”

Circa Waves will release their fifth studio album ‘Never Going Under’ on January 13 – a follow-up to 2020’s ‘Sad Happy’.