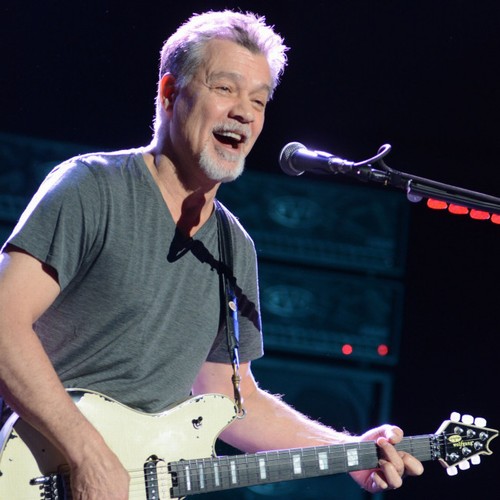 While the pair often clashed during their time together in Van Halen, Roth revealed how much he misses his late bandmate, who passed away in 2020.

“And some of those songs, I think, can last forever — or to the last syllable of time, as Shakespeare said. They became anthems. Where do they play ‘Jump’ now?”

Roth – who last played with Van Halen in 2015 – also provided insight into the making of ‘Jump’.

He said, “I remember when he played [‘Jump’] on the keyboard below. I said no.’ Well, we reflect the times, and the times at that time were guitars, guitars, guitars; and ‘Jump’ was one of those hybrids.”

Meanwhile, it was recently revealed that Eddie has been recording guitar parts for a planned Chris Cornell collaboration.

One of the late Soundgarden frontman’s former collaborators, Pete Thorn — who toured with Cornell and played guitar on some tracks from his 2009 album “Scream” — claimed the two rockers almost collaborated on a song.

Appearing on ‘The Mitch Lafon and Jeremy White Show’ podcast, he said, “They were buddies…Eddie always wanted to do something with Chris, musically.

“He loved his voice and he was like, ‘Man, I love him. We always talked about doing something together.’”

During the “Scream” sessions, Thorn helped produce versions of “Long Gone” and the title track, which is when Cornell thought about bringing in Van Halen.

He added: “[Cornell and I were] in a parking lot listening to them in my car, I remember, and he looked at me and said, “Hey, how about we let Eddie work on this?” ”

Cornwell tragically took his own life at the age of 52 in May 2017.