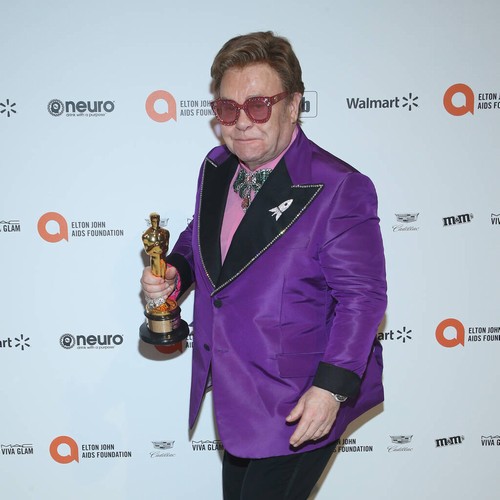 Elton John thrilled fans by inviting Dua Lipa to perform their collaboration Cold Heart as his last-ever North American tour came to an end on Sunday.

The Rocket Man singer concluded the North American leg of his Farewell Yellow Brick Road trek with three nights at Dodger Stadium in Los Angeles, with the final performance streamed live on Disney+.

Before the show, Dua wrote, “I am so excited to be performing with my musical hero and dear friend @eltonjohn tonight at Dodgers stadium!!!! PINCH ME BABY.”

The performance was made extra special by the fact that Dua and Elton won the Collaboration of the Year award at the American Music Awards for Cold Heart earlier that night.

Dua, who appeared during the show’s finale, was one of three special guests. Elton also brought out Kiki Dee for a rendition of their 1976 duet Don’t Go Breaking My Heart and Brandi Carlile for Don’t Let the Sun Go Down On Me, with the singer filling in for Elton’s original duet partner George Michael.

The 75-year-old wore a sparkly blue and silver robe on the show as a nod to the sequined Dodgers uniform he wore during his now-iconic shows at the stadium in October 1975.

“I became successful first in America, and you bought the singles and the albums and the 8 tracks and cassettes, the CDs, and more importantly, you bought the tickets to the shows that I love more than anything , namely playing live,” he told the crowd, Billboard reports. “So I want to thank you for making me. Without America I wouldn’t be here. So thank you for all the years of love, generosity and loyalty.”

Elton sang hits like I’m Still Standing, Your Song and Tiny Dancer and ended with Goodbye Yellow Brick Road, after which he said to the audience: “I wish you health and love, prosperity. Be kind to each other, okay, and goodbye. ”

Notable attendees included Kirsten Dunst, Heidi Klum, JoJo Siwa and Dita Von Teese, while Prince Harry and Meghan, Duchess of Sussex recorded a thank you video that was played on the livestream before the show.

Elton’s farewell tour, which began in 2018, will conclude in July 2023 after stops in Oceania and Europe.

Billie Eilish is working on a new album – Music News

Billie Eilish is working on a new album – Music News