Fall Out Boy is sending shells to fans, including Oli Sykes, as they tease the new Music News album 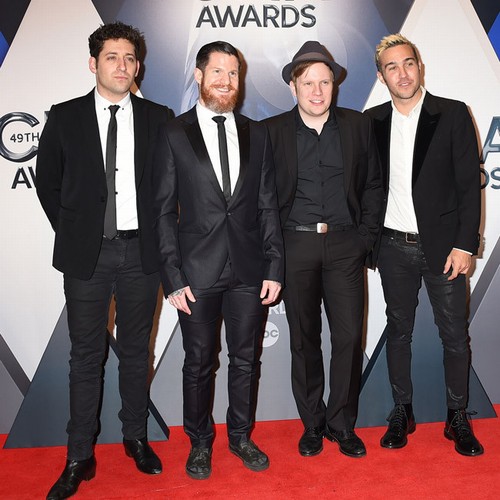 Fall Out Boy has been sending shells to fans, including Oli Sykes, to tease their new album.

The Bring Me The Horizon frontman is one of those who received a seashell at home from the ‘Sugar We’re Going Down’ hitmakers as they continue the cryptic campaign.

Sharing a photo of his pack of pop punk megastars, he wrote on Instagram: “Wtf what is this [and] why is it at my house”.

The scale had “1 of 13” written in the center, while there was a cover letter on stationery that read: “A Homeboy’s Life”.

Dated January 19, 2023, it also contained the message “Love from the otherside”, and is signed off with the band members’ initials and the name of the group.

Last week, the band – consisting of Patrick Stump, Pete Wentz, Joe Trohman and Andy Hurley – continued to tease the follow-up to 2018’s ‘MANIA’ with a letter to fans promising “more than a gold watch” in the pipeline.

In an email sent to fans titled “A Homeboy’s Life,” they cryptically reflected, “Here we complete another spin around the sun, a cosmic spin. We’re still trying to break free from everything that we should be.

But before the champagnes get warm and flat, glistening to dust, eyes squinted at the New Year’s sun: let’s fire up the engine and take it on another magical journey.

“We spent the last year ideas in a tiny room [and] can’t wait to share them with you.”

The band hinted that fans won’t have much longer to wait, thanking them “for sticking around forever”.

In November, the “Centuries” rockers ran an ad in the Chicago Tribute newspaper teasing their upcoming – as yet unannounced – eighth album.

The ad had a black background and read “FOB 8” followed by the words “If you build it, they will come”.