Gaz Coombes: ‘I left Supergrass because it didn’t make me happy’ – Music News 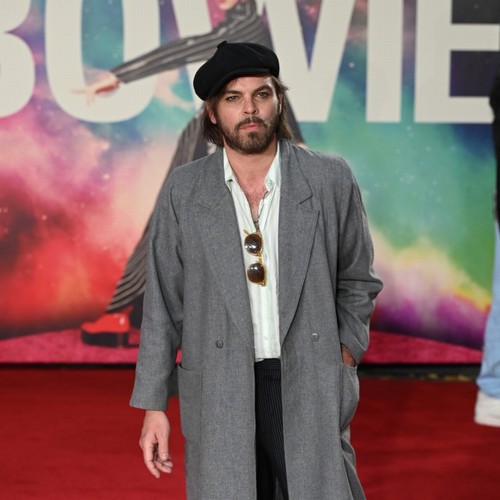 The singer-songwriter, 46, said he had to find joy in music as a solo artist again when he left the band, who announced in 2010 that they were breaking up due to creative differences.

He added about launching his solo career, “I realized that just because I wasn’t in the band didn’t mean I was going to quit.”

Gaz said of his first solo record, 2012’s ‘Here Comes the Bombs’, “It was a transition period, there was definitely a hangover from ‘Supergrass’.”

But a Mercury Prize nominee for his 2015 record ‘Matador’ enabled him to establish himself as a solo artist.

Gaz added: “I made it through without thinking about what I had done before, or feeling like I had to attract a fan base, or any of those other pressures.

“I just did what felt right to me. And when it worked, I thought: this is it.”

Gaz started making the record in his home studio when the Covid pandemic hit, but later enlisted his band – who used films projected on the wall to inspire sounds.

Peter Jackson’s ‘The Beatles’ movie ‘Get Back’ inspired the album’s closing track ‘Dance On’, while Martin Scorsese’s ‘Mean Streets’, the Marlon Brando classic ‘On the Waterfront’ and ‘Gremlins’ also inspired ideas.

Gaz said: “It was mostly a way to get a different vibe and stop us from just staring at our fretboards.

“We had ‘Gremlins’ on and the guitarist did this mental guitar solo at the end of ‘Feel Loop (Lizard Dream)’.

“I looked up and he’s looking at some mean Gremlins. So that had an effect on his manic guitar.”