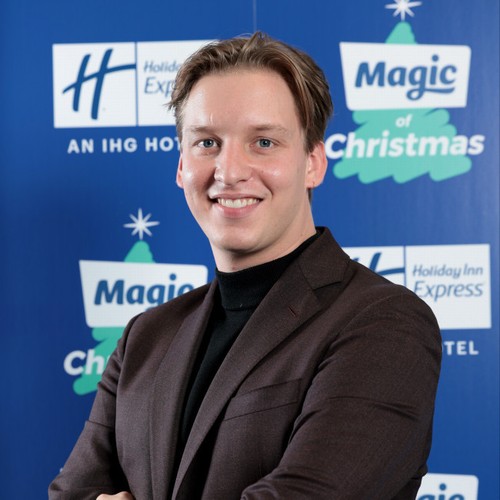 The ‘Green Green Grass’ hitmaker feels “at home” in a field among a wide variety of artists and because his songs always go down well in the environment, he thinks about how new songs would come across in a live setting if he were in the recording studio.

Speaking to Harriet Scott on stage at Magic Radio’s Magic of Christmas show in London on Saturday afternoon (26.11.22), he said: “With every show you do, especially in the beginning, you start to learn where you part , and it was clear early on that we were so at home at festivals, and then when you go back to the studio, of course that’s in your head to some degree, that’s where the music is. So festivals and live performances, that is what we look forward to.”

George – who is one of the performers at next year’s Isle of Wight festival – admitted he is particularly excited about the 2023 festival season.

“We did a few last year, but not that many, so I’m looking forward to next year’s festival season.”

Meanwhile, the 29-year-old singer admitted he is looking forward to a “calm and chilled” Christmas.

He said: “It’s pretty calm and cool at home, we don’t do much, it’s relaxed, but it’s lovely.

“I’m not cooking, I’m not playing guitar, I’m just there for moral support.”

George recently admitted that he would consider walking away from the spotlight once he turns 30.

He said, “This might be a talk for another time, but I don’t feel any urge or want to continue working the way we do right now. And that’s not rebellion, it’s just how I feel. Like, ‘Cool , that was one thing.’

“The last date is around April next year. Then it’s festival season, then it’s my 30th, and you think, ‘Well, what a great decade. But don’t think that’s all life could be.’ .

“I think I’ll always be writing and recording music, I just don’t know if it’s going to be as commercial. Or maybe it is, but I won’t advertise it much.”

Magic Radio is now 100% Christmas and will only play seasonal songs during the holiday season.