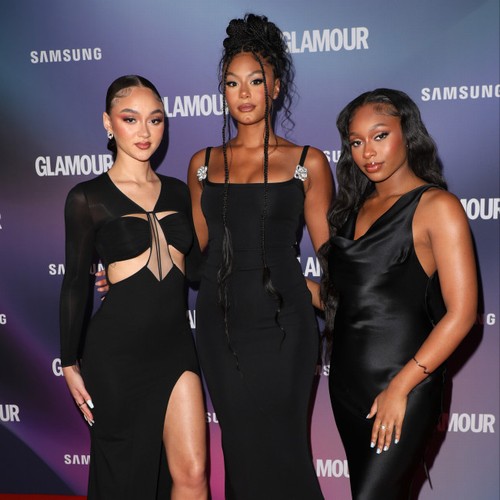 The trio – consisting of Jorja Douglas, Renée Downer and Stella Quaresma – just made history as the first group to win the BRITs Rising Star award.

And now they top the annual poll that celebrates the best new music talent.

In a statement, they said, “Wow, we did it! To win this accolade less than a year after we released our debut single ‘Cardboard Box’ is wild.

“We feel so connected to our British music roots by winning BBC Radio 1’s Sound Of… Thank you to everyone who voted for us and put girl groups back on the map.

“Being recognized for our music and people who believe in our vision inspires us to move forward this year! 2023 we are done.”

They beat Nia Archives, Dylan and Cat Burns to the crown.

Sam, Adele and Ellie Goulding are among the previous recipients.

The 2022 winner was PinkPantheress.

The group made a name for themselves after releasing their 90s-influenced debut ‘Cardboard Box’ this year, appearing on shows such as ‘Later… with Jools Holland’.

Meanwhile, FLO has insisted that they don’t want to be in the “shadow” of Little Mix.

The girls insisted they wanted to blaze their own path, but they are grateful to the girl group – who went on hiatus this year – for “paving the way for us”.

“Obviously they paved the way for us. We couldn’t have won our BRIT if they hadn’t won their BRIT.” [for best British group in 2021].”

The ‘Losing You’ singers have their sights set on a headline slot at the US Coachella festival, and at home they’d love to see themselves on the cover of British Vogue magazine.