Haim is working on their fourth album – Music News 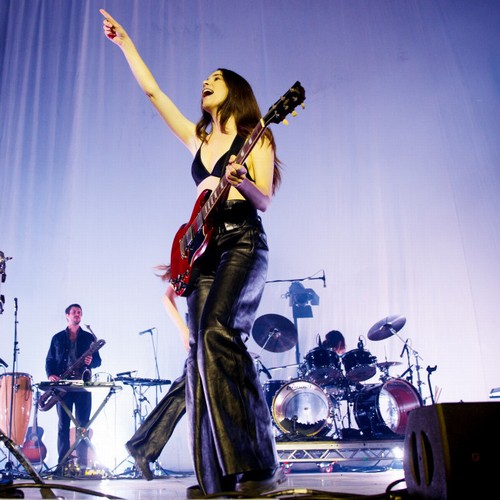 Haim is working on their fourth album.

The “Summer Girl” trio — which consists of sisters Este Haim, 36, Danielle Haim, 33, and Alana Haim, 31 — are back in the studio making their latest LP, according to a video posted to social media with as captioned “HAIM4”.

On a TikTok shared Monday (15.01.23), the caption reads, “When your sisters make you go back into the studio, but you were born to be an Oscar winning actress.

In the clip, Alana — who starred in Paul Thomas Anderson’s 2021 film “Licorice Pizza” opposite Cooper Hoffman, the son of the late Philip Seymour Hoffman — says “Please, I’m a star,” the viral audio spoken by actress Mia Goth in the horror movie ‘Pearl’.

The band – who recently appeared in Taylor Swift’s star-studded music video for her single “Bejeweled” as her villainous stepsisters alongside Laura Dern, Dita von Teese and Pat McGrath – previously revealed they are “always writing” before taking the stage at Glastonbury Festival this summer.

Alana said: “We are always writing, it never stops. I think the most heartbreaking thing for us was not being able to tour for two years, we’ve always thought of ourselves as a touring band.

“We love playing live, and we just did our US tour and in a few weeks we’re going to do our UK tour, and we’re just so excited. We’re playing The O2 arena!”

The news comes as Haim celebrates a decade this year since they released their first LP ‘Days Are Gone’ in 2013. Their smash hit was followed by 2017’s ‘Something to Tell You’, which was released three years before ‘Women in Music’ . Pt III’.

Their latest live dates include their opening slot on select dates of Taylor’s upcoming Eras tour – which will celebrate her ten studio albums, such as her new album ‘Midnights’ – which the trio posted on Instagram, writing, “WHO’S READY FOR ROUND 2?” .