Harry Styles confirmed to perform at The BRIT Awards 2023 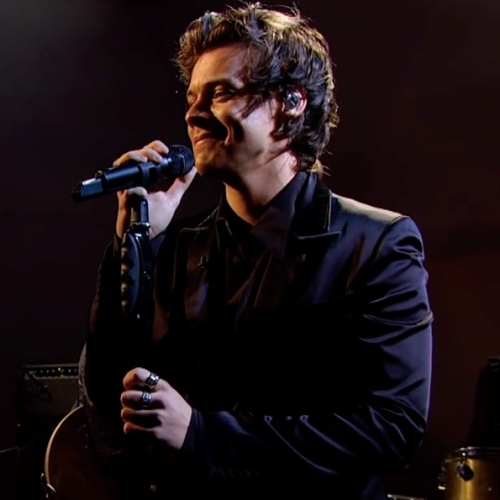 Harry Styles will perform live at the BRITs ceremony taking place on Saturday 11th February live from the O2 arena and broadcast exclusively on ITV1 and ITVX.

Harry, who is nominated for four BRIT awards this year: Mastercard Album of the Year, Artist of the Year, Song of the Year and Pop/R&B Act, joins the already announced Wet Leg and Sam Smith & Kim Petras.

With the title of the best selling UK album and single of 2022, Harry Styles has established himself as one of the biggest and most influential artists in music. Released in May last year, Harry’s House debuted at No. 1 on the UK Album Charts, US Billboard 200 and over 12 countries around the world – and has remained in the UK Top Ten Album Chart since its release. His self-titled solo debut album became one of the world’s top ten best-selling albums of the year and had the largest first week sales by a male artist in history. His second album, Fine Line, topped the Billboard 200 when released, becoming Harry’s second number-one album in the US, and made chart history with the biggest sales week for a male solo artist since Nielsen Music began electronic trading in 1991 of sales data. Since the beginning of his solo career, he has won prestigious accolades including two BRIT awards, a Grammy award, an Ivor Novello Award, an American Music Award and many others around the world, in addition to being the first man to solo on the cover of Vogue Magazine.

Harry is equally known as an incredible live performer. His Love On Tour shows began in the US in September 2021 and since then he has played to a combined audience of over two million people. Love On Tour will go global this summer, arriving in Europe in May, supported by Wet Leg, hitting UK shores on June 11 in Glasgow and playing four nights at Wembley Stadium.

The winners of the four genre categories – Rock/Alternative Act, Hip Hop/Grime/Rap Act, Dance Act, Pop/R&B Act – will be determined by a public vote via TikTok, which opens next Thursday, January 19 at noon.

The 2023 BRIT Awards with Mastercard will take place on Saturday 11 February – the first time in history the show will be held on a Saturday – broadcast live on ITV1 and ITVX from the O2 arena and hosted by Mo Gilligan.

This year’s BRIT Prize is designed by Slawn, the Nigerian-born, London-based artist known for his large-scale canvases filled with a mix of caricatured pop figures and bold colorful shapes, who follows in the footsteps of an illustrious list of creatives including Dame Vivienne Westwood, Sir Peter Blake, Tracey Emin, Dame Zaha Hadid, Sir David Adjaye and Es Devlin and Yinka Ilori, all of whom have previously imbued the iconic BRIT award with their own unique and artistic flair and vision.

R&B girl group FLO have already been announced as the winners of the 2023 Rising Star award, celebrating a new future star of British music.

2023 marks 30 years with ITV as a broadcast partner, 25 years with Mastercard as title sponsor and 13 years with the show at The O2 Arena. All three long-standing partners support The BRITs’ ambition to deliver an unforgettable and far-reaching night of live music and entertainment that will also help raise money for The BRIT Trust, the awards’ charity arm, which distributes money to charities that promoting education and wellness through music, including The BRIT School and Nordoff-Robbins Music Therapy.

Mastercard returns as a lead partner of the BRIT Awards for its 25th year, bringing cardholders closer to their passion for music through a series of BRITs experiences. This year, Mastercard will continue to partner with The BRIT School to celebrate and provide a platform for the next generation of creative talent and will once again sponsor the highly sought after Mastercard Album of the Year award, as well as Song of the Year with Mastercard.

YouTube Music is the official digital music partner, bringing fans closer to the British than ever before. As the home of the official livestream on YouTube, audiences around the world can follow the BRITs’ entire journey, from the nominations, through the run-up, to the awards themselves and the on-demand performances afterwards. Fans will also be able to watch exclusive behind-the-scenes footage that night on YouTube Shorts, a short video experience directly on YouTube, and listen to their favorite artists’ playlists on YouTube Music.

Further campaign announcements will be revealed in the coming weeks.