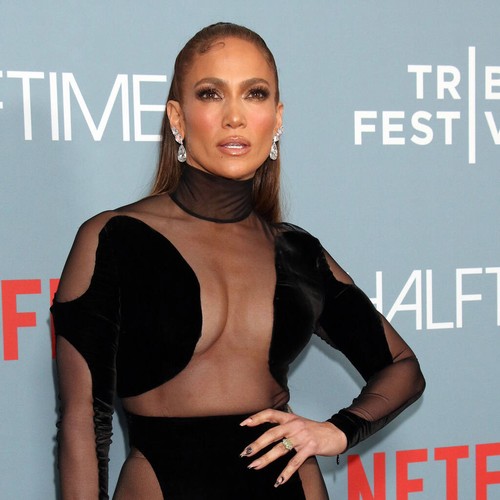 The multihyphenate wiped her social accounts earlier this week, leading many to believe she was gearing up to announce her latest project, and on Friday revealed she’s made a follow-up album to This Is Me…Then after 20 years.

This Is Me…Now “captures the emotional, spiritual, and psychological journey she has traveled over the past two decades,” according to a press release.

The ninth studio album marks Jennifer’s return to writing and producing and fans can expect “a vulnerability” she’s never shown before, as well as confessional songs and upbeat “celebrations of love.”

According to the release, the album is “a philosophy, a reflection, a zeitgeist moment. It’s about hope, faith and true love that never dies.”

This Is Me… Then was released in 2002 just after Jennifer got engaged to Ben Affleck. The album was dedicated to him and included a song titled Dear Ben. They called off the engagement in 2004, but through a twist of fate, they rekindled their relationship in 2021 and got married earlier this year.

Jennifer released the track list on Friday, sharing the titles of 13 songs seemingly reflecting the romance, including the follow-up track Dear Ben Part II. Other Song Titles – Greatest Love Story Never Told, To Be Yours, Can’t Get Enough, not. to go. everywhere., and This Time Around – could also refer to their relationship, while Midnight Trip to Vegas is probably about their impromptu wedding in Las Vegas in July.

In an interview with US Vogue earlier this month, the 53-year-old described the album as the most honest work she’s ever done.

“People think they know things about what happened to me along the way, the men I was with — but they really have no idea, and a lot of times they’re so wrong,” she explained. “There’s a part of me that kept a side of myself hidden from everyone. And I feel like I’m finally at a place in my life where I have something to say about it.”

Jennifer last released an album, AKA, in 2014. Described as a “musical experience,” This Is Me… Now will be out next year.