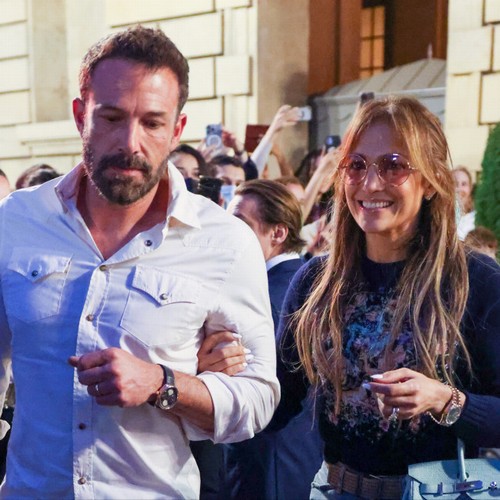 Jennifer Lopez has recorded songs about her new romance with Ben Affleck for her new album.

The ‘Jenny From The Block’ star has produced a new record called ‘This Is Me… Now’ – a follow up to her previous album ‘This Is Me… Then’ – and she poured her love for Ben into her music after they got back together.

Speaking to Zane Lowe on Apple Music 1, she explained: “We committed to this moment when I was reunited with the love of my life and we decided that we would be together forever. The whole message of the album is then, “This love exists. This is a real love.” Now I think the album’s message is really bad if you’re wondering if like me sometimes you’ve lost hope, almost given up, don’t, because true love exists and some things last forever and that is real .”

Jennifer was previously engaged to Ben, but they broke up in 2004 before exchanging vows before getting back together in 2021 and finally walking down the aisle this summer.

The singer admits it was hard to show her vulnerable side on her new songs, but she’s glad she was open and honest.

Jennifer continued, “I want to post that message [of true love] into the world and that requires a lot of vulnerability. But I couldn’t stop myself and some parts of it scare me. And I think parts of it scare Ben too. He says, “Oh, do you really want to say all this?” And I’m like, ‘I don’t know how else to do it, honey’.”

Her previous album ‘This Is Me… Then’ was about her past relationship with Ben, and Jennifer admits he’s a huge fan of the record.

She added, “He loves that album. He loves that music. He knows all the words. You know what I mean? It’s crazy. He was with me too when I was making it.”