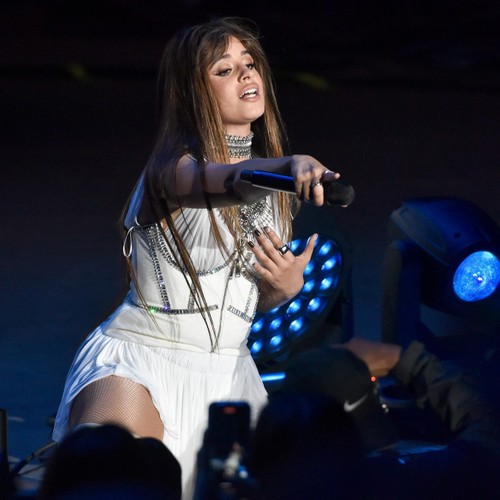 Jisoo and Camila Cabello joined forces for a duet of “Liar” on BLACKPINK’s final date of their North American jaunt.

The K-Pop girl group – also consisting of Jennie, Rosé and Lisa – sensationally ended the US leg of their “Born Pink” world tour at Banc of California Stadium in Los Angeles on Sunday (20.11.22). casting the former Fifth Harmony star to perform the song from Camila’s LP ‘Romance’.

The ‘Don’t Go Yet’ hitmaker took to the stage in a custom ‘Born Pink’ outfit.

On the night, Jennie also treated fans to an unreleased solo track, the name of which is unknown at this time.

The ‘Sour Candy’ hitmakers will then play The O2 in London on November 30 and December 1, before heading to Europe.

The band will then head to Australia, Singapore and Thailand in 2023.

BLACKPINK has collaborated with the biggest names in music including Cardi B, Selena Gomez and Lady Gaga.

Selena previously said that ‘Ice Cream’ became so good because she and BLACKPINK’s “different styles fit together perfectly”.

She said: “It’s also been a learning process because the language was new. But somehow our different styles, along with their energy… just fit together perfectly.

“The BLACKPINK girls were so welcoming, we had a blast working on the song.”

BLACKPINK previously described the process as “very natural” and insisted they always knew Selena would “fit right in.”

They said, “It was really natural. We were very aware of her, we were big fans, and since we’re under the same record label, we’ve known her for a long time. Fortunately, when this song came out… we had it for a while and we had this idea of ​​having Selena on it because obviously we knew she would fit right in. And yes, it happened very naturally.”