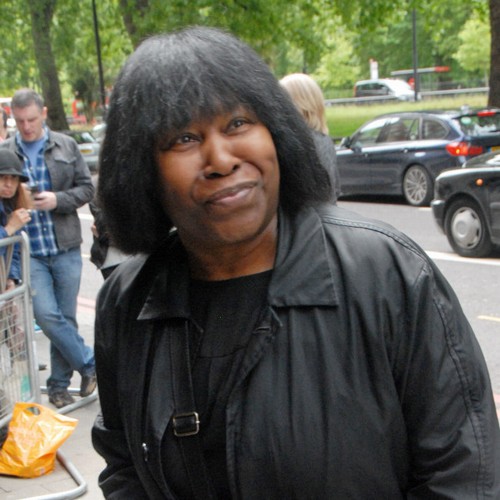 Joan Armatrading is more proud of her history degree than her music.

The ‘Love and Affection’ hitmaker loves songwriting and will continue to write new tunes until the day she dies, but she insists the greatest achievement of her life is earning a BA Honors, which she spent five years studying at the Open University and completed in 2001.

In an interview with The Sun newspaper, she said: “I love writing songs.?.?.?and I won’t stop until I’m dead!”

“That must be when I got my BA Honors degree in history.”

When asked what she is most proud of, she replies: “I really had to work for that. When I come up with songs?.?.?.?no problems, no fear.

“I can write for five minutes or two days and stop whenever I want. I feel very lucky to have received that gift.

“But when I finished my studies, I had to learn how to formulate answers and discover the right words.”

The 71-year-old music legend’s LP ‘Live at Asylum Chapel’ is out now.

It comes after the BBC recently honored the singer with a screening of the show, which was streamed worldwide for one night last year during the lockdown, and was followed by the documentary about her life and music, ‘Me Myself I’.

Joan said: “Fifty years is a long time, but for me it has flown by and I still get the same kick out of songwriting as when I started.

“This live album is a great way to look back and also update my story by including songs from the latest album. I am very happy that so many people still want to listen to it and sing along.”

Joan’s concert from South London’s Asylum Chapel featured some of her most famous songs, including “Drop the Pilot,” “The Weakness in Me,” “Me Myself I,” and “Willow.”

Songs from her latest Top 10 studio album ‘Consequences’ also got their live debut, such as ‘Natural Rhythm’, ‘Consequences’, ‘Already There’, ‘Better Life’, ‘Glorious Madness’ and ‘To Everyone Who Will Listen’.

Joan arrived alone to join her parents in Birmingham from St. Kitts when she was seven years old. Joan taught herself to play the piano and guitar before becoming Britain’s first female singer-songwriter to achieve international success.

Since 2003, she has produced and played every instrument on her records.

Her admirers range from Bob Dylan to Arlo Parks and she is the first British female artist to debut at No. 1 on Billboard’s Blues charts and the first female British artist to be nominated for a Grammy in the Blues category.

She has an Ivor Novello Academy Fellowship Award, Lifetime Achievement from the Radio 2 Folk Awards and an MPG Outstanding Contribution Award to UK Music.