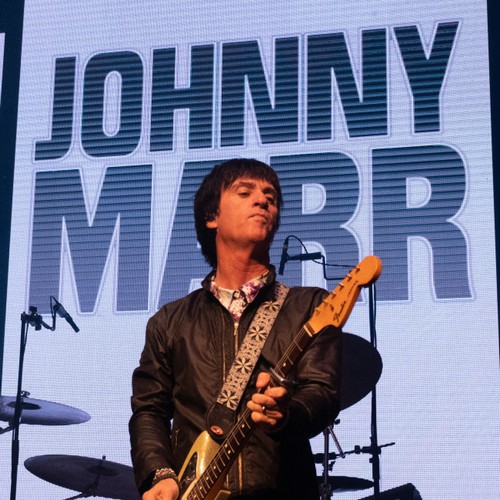 Johnny Marr and Andy Rourke reunite for their first song in 35 years.

The Smiths guitarist is a guest on “Strong Forever,” a track from his former bandmate’s current group, Blitz Vega.

Andy said, “We’ve remained friends, we’ve known each other since we were 13 years old. He’s my oldest and dearest friend and I feel our friendship is getting stronger as time goes by.”

Originally conceived as a charity single for a campaign against discrimination in football, the song also featured vocals from former Kasabian singer Tom Meighan alongside Johnny on guitar.

But after the ‘Fire’ hitmaker was convicted of domestic violence in 2020, the track was reworked without the charity angle and developed with DJ Z-Trip over the past two years, and now features Blitz Vega’s own Kav Blaggers on vocals .

Kav – who played guitar for Happy Mondays – told Rolling Stone magazine: “Andy [Rourke] calls me and he says Johnny said he would put some guitar on the song. I was like, ‘What? Johnny? Johnny Marr?’ He says ‘Yes’ in his relaxed but very Mancunian way.

“I wanted exactly what Johnny does.

“He has a very own sound, and that’s what he did. We love what he has brought to the track.”

The single is the start of big plans for Blitz Vega.

Kav said: “We’ve got some singles coming out early next year, and we’re putting out an eight-song 12-inch vinyl for Record Store Day.

“We look forward to getting out there and taking our sounds to the people who want to see us play live.”

While Johnny and Andy have been back in the studio together, fans shouldn’t expect a Smiths reunion as vocalist Morrissey has repeatedly ruled it out and even told the guitarist not to talk about him again in interviews.

The ‘Panic’ singer also claimed, “I don’t know a single person who wants a Smiths reunion.”

DJ Khaled Gets Four Luxury Toilets From Drake For His Birthday

DJ Khaled Gets Four Luxury Toilets From Drake For His Birthday