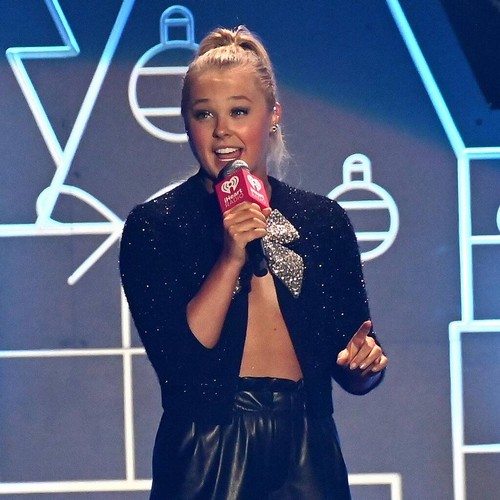 JoJo Siwa has berated Candace Cameron Bure for her take on “traditional marriage”.

The Full House actress gave an interview to the Wall Street Journal earlier this week in which she discussed her move from the Hallmark Channel to the Great American Family TV network.

Candace, who is the new network’s chief creative officer, was asked if they will feature same-sex couples in their stories, and she replied that their projects will “keep traditional marriage at the center.”

On Tuesday, JoJo, who identifies as queer, shared a screenshot of an article about Candace’s comment with the headline, “Candace Cameron Bure’s New Cable Channel Plans: No Gays.”

JoJo captioned the post: “Frankly after everything that happened a few months ago, I can’t believe she would not only make a movie with (the) intention of excluding LGBTQIA+, but then also talk about it in the press. This is rude and hurtful to an entire community of people.”

She received support from Candace’s Full House co-star Jodie Sweetin, who replied in the comments, “You know I love you.”

JoJo and Candace were embroiled in a brief feud earlier this year when she referred to the actress in a TikTok video as “the rudest celebrity” she’d ever met. Days later, Candace notified fans on Instagram saying that she and JoJo had a private conversation and cleared the air.

The 19-year-old isn’t alone in publicly berating Candace for her views on same-sex couples and traditional marriage. One Tree Hill star Hilarie Burton called her a “bigger” and tweeted, “Make your money baby. You’re riding that wave of prejudice all the way to the bank.”

Meanwhile, Sarah Kate Ellis, the president and CEO of gay rights organization GLAAD, said in a statement that “it is irresponsible and hurtful to Candace Cameron Bure to use tradition as a cover for exclusion.”