Kelly Jones: ‘The band is stronger than ever in many ways’ – Music News 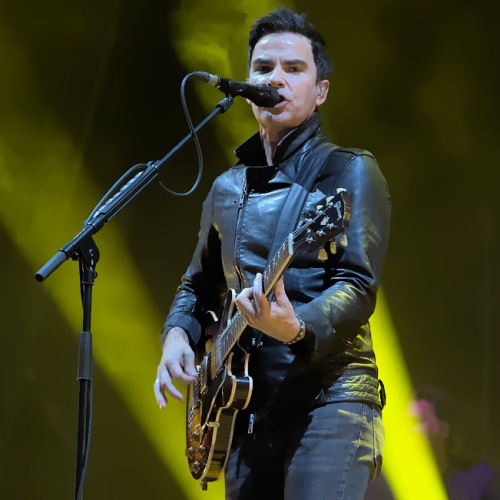 Last night, Kelly Jones of Stereophonics joined The Radio X Evening Show with Dan O’Connell and confirmed that the band is not “breaking up” despite the new project, Far From Saints.

He said the band is just “on a little vacation”, but that fans “shouldn’t be scared that we are [Stereophonics] won’t come back”

KJ: You know, I’ve written, produced and released 12 studio albums with Stereophonics, which, you know, has done 12 world tours, arena stadiums, of clubs working their way up and that’s a lot of buses, a lot of planes and a lot of everything that goes with it . And what’s good about the band is, you know, we’re still thinking ahead, you know, we’re still making records that, you know, are doing really well, we’re still playing in arenas, we’re still playing in stadiums, and the songs are still on the radio i’ve gone back to songs we wrote in the ’90s you know so i’ve been writing new Stereophonics songs but that time isn’t for now and the band is all doing their part and pieces. There’s no break with the band or anything, for me, after 25 years of doing all of our work, it’s like showing other sides of what I’d like to try and be creative. You know, in the spring I booked the studio on the side of a very old part of the Norwegian coast, which is literally a studio on the side of the sea with this big field around it, and I go there and make a solo record, which I want to put out that I just wrote on the piano and a bunch of synths that are completely different, kind of a very spiritual, kind of weird sounding record, but I don’t know what it will end up being if it becomes something , but just to cut the strings off the band a little bit, as we just let it play, you know, the Principality stadium, number one records, a lot of A-list singles on the radio, it’s a good place to just, you know, having a little vacation from it and trying some other things in between. But there’s no fear that we won’t come back and do what we do. You know, I have a bunch of songs I have for that, but I keep them in the back pocket until we’re ready to do it again. Yes.

KJ: I think Stereophonics is the type of band and the type of music that has a catalog set in stone plus the new stuff that’s happening. It’s like a revolving door. Children aged 12/14 sit in the front row. In many ways, the bond is stronger than ever before.