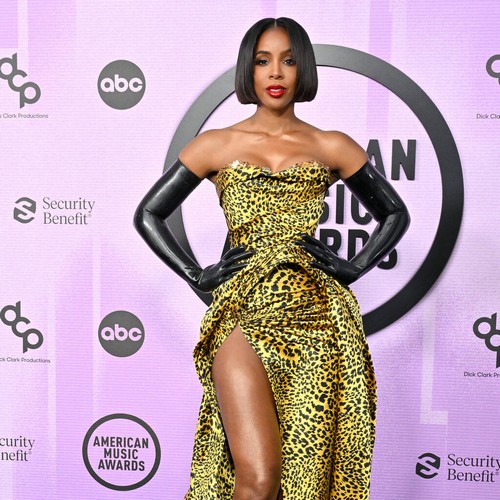 Kelly Rowland believes Chris Brown deserves “mercy and forgiveness” for his past mistakes after being booed at the American Music Awards on Sunday.

Accepting the Favorite Male R&B Artist AMAs trophy on Brown’s behalf, the Destiny’s Child singer told the audience to “chill out” after several members of the audience booed and yelled at his win.

Brown remains a controversial figure in the music industry 13 years after he attacked his then-girlfriend Rihanna before the 2009 Grammy Awards.

Rowland was approached by TMZ on Monday asking for her response to Brown being booed.

“I believe grace is very real and we all need a dose of it,” she said. “Before we point the finger at anyone, we should realize how grateful we are for every moment we get, even for our own things that we have. I just think it’s important to remember that we’re supposed to be human, we are humans.”

The 41-year-old was then asked if he needed forgiveness and she replied: “We all need forgiveness, for everything we could do, everything we think, we all fall short in some sort of way. And grace is real and we are human beings and everyone deserves mercy, period.”

Accepting the award on behalf of Brown, Rowland said: “I want to say to Chris, thank you so much for making great music, and I want to thank him for being an incredible artist. I’m taking this award and bringing it to you , I love you! Congratulations, and congratulations to all the nominees in this category.”

Brown was originally supposed to perform a dance tribute to Michael Jackson at the ceremony, but it was scrapped. On Monday, Ciara shared footage of her rehearsing the Thriller dance routine with Brown, revealing that she would also have appeared in the tribute.

The best deals in the 2022 Steam Fall Sale