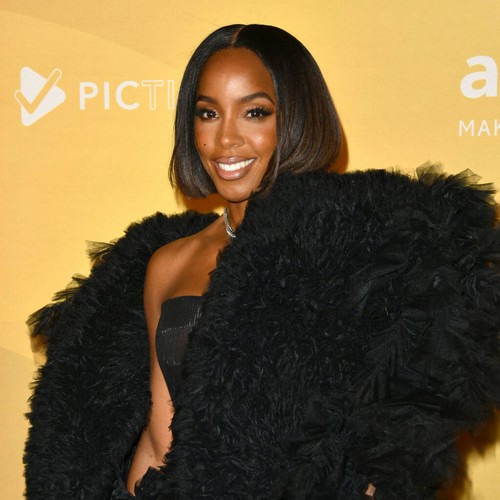 Kelly Rowland defended Chris Brown when the crowd booed him for winning an award at the American Music Awards on Sunday.

The Destiny’s Child singer accepted the Favorite Male R&B Artist trophy on Brown’s behalf, telling the crowd to “chill out” after several members of the audience booed and yelled at his win.

“Chris Brown is not here tonight so I accept this award on his behalf. Excuse me, chill out,” she said before continuing her speech. “But I want to thank Chris so much for making great music, and I want to thank him for being an incredible artist. I’m taking this award and bringing it to you, I love you! Congratulations, and congratulations to all nominees in this category.”

Brown remains a controversial figure in the music industry 13 years after he attacked his then-girlfriend Rihanna before the 2009 Grammy Awards.

A day before the AMA ceremony, Brown revealed that he was going to pay tribute to Michael Jackson on the show, but it had been scrapped “for unknown reasons”. He posted a video of him and his dancers performing the tribute — featuring a medley of Beat It, Wanna Be Startin’ Somethin’, Billie Jean, and Thriller — in a rehearsal room.

A representative for Dick Clark Productions, which produces the AMAs, told Puck about the canceled performance: “Live shows are always changing, it’s the nature of this business. Unfortunately, this element of the AMAs didn’t come together as well as we couldn’t fine-tune on performance, through no fault of Chris Brown.”

The 2022 AMAs took place at the Microsoft Theater in Los Angeles.