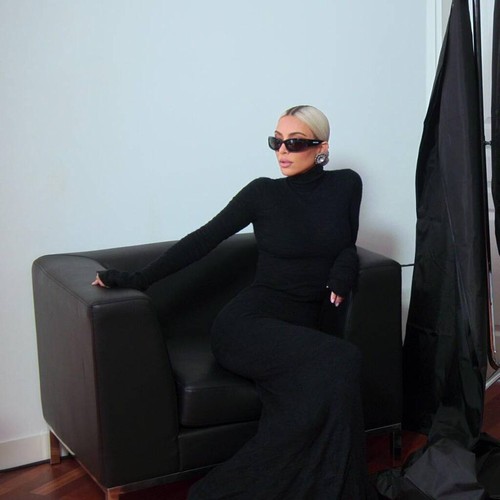 Kim Kardashian begged Kanye West to keep his Grammy Awards so their kids could have them.

During the latest episode of Hulu’s The Kardashians, the reality TV star revealed that at the height of their breakup, she reached out to her ex-husband to ask him not to give away his awards.

“Even when he was at the height of not talking to me and being mad at me, he won a few Grammys and I still reached out and said, ‘I know you’ve won a few Grammys. I have to adding them to the vault,'” she shared. “And he says, ‘OK’ Because the kids want them, you know? And I want to put them all together.”

Kim filed for divorce from Kanye in February 2021.

They have yet to finalize the split and are reportedly still working on a custody deal. The rapper was supposed to sit down for a statement in the divorce case last week, but he did not appear, TMZ reports.

While Kanye first wore the item in 2008 and later gave it away, the SKIMS founder managed to find it on the internet and bought it for the nine-year-old.

“It’s going to be a huge fashion moment,” she smiled. “Kanye tends not to care about his stuff and gives it all away and it ended up on the internet and I got it last week. Kanye knows I’m so protective of his stuff in front of the kids.”