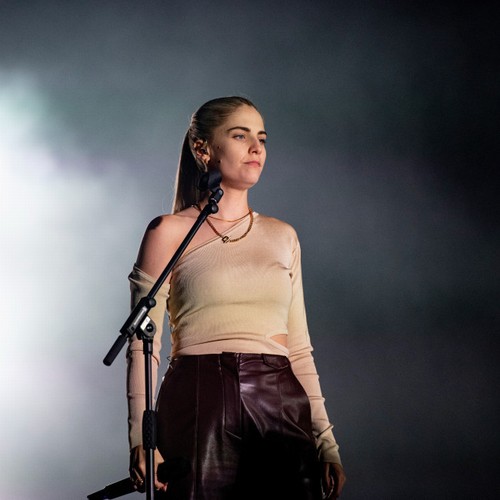 Hannah Reid from London Grammar is “very proud” to have overcome her stage fright.

The ‘Strong’ singer – who is joined in the band by Dan Rothman and Dominic ‘Dot’ Major’ – has spoken openly in the past about her battle with nerves when she performs, but no longer feels “overwhelmed” before a show and can “work through her fear.”

When asked about her battle with stage fright, she told BANG Showbiz exclusively, “I’m really proud to say I’m way better than I was. I am so much more confident on stage than ever before. I will always struggle with it, but it’s more common now.

“I think when I started I would get so very shy and it was just really overwhelming for me, but I just have more experience now and can work through it a lot easier.”

Meanwhile, Hannah also confessed a surprising love for Britney Spears and Christina Aguilera, but admitted that her tastes are very diverse.

She said: “I love Britney, but that’s because I love all music. I like the good singers and I like Britney – she’s a great dancer.

The group likes to perform at festivals because they can be in the company of other artists, while also having the comfort of their own fans in the audience.

Hannah said: “At the festivals we’ve had, we’ve had great fans up front, so it makes us feel like it’s our own headline show. But it’s definitely a different vibe.

“It’s kind of nice because there are a lot of artists there that we really admire and we feel more part of things with them.”