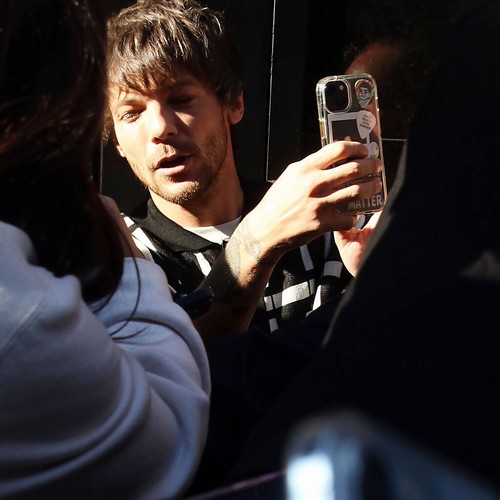 Louis Tomlinson gave fans an update on his broken arm.

After the former One Direction bandmate broke his arm on November 12, he assured fans that he is fine.

Louis took to Instagram on Saturday night to reveal he broke his arm after a concert in New York City.

On Wednesday, he notified fans via Twitter and reported that he had undergone surgery for the fracture.

“Hope everyone is doing well! The surgery went well so hopefully I’m slowly but surely on the mend,” he tweeted.

Later, during an appearance on Tim’s Listening Party with Tim Burgess, he responded to fan questions by tweeting live jokes about his aching arm.

In response to a fan who asked, “Do you want to play guitar on tour?” Louis tweeted, “Yeah one day. Kind of hard to practice with a broken arm though…”

When another fan asked, “How do you type all these tweets?”, the singer replied “with one hand”. In a separate tweet, Louis wrote, “Going well with this one-handed tweet!”

Also during the listening party, Louis gave insight into the origins of songs on his new album Faith in the Future. He revealed that the song title She is Beauty We are World Class came from graffiti “written in a train’s toilet mirror”.

He confessed that it “felt like a weird place for such a poetic feeling.”