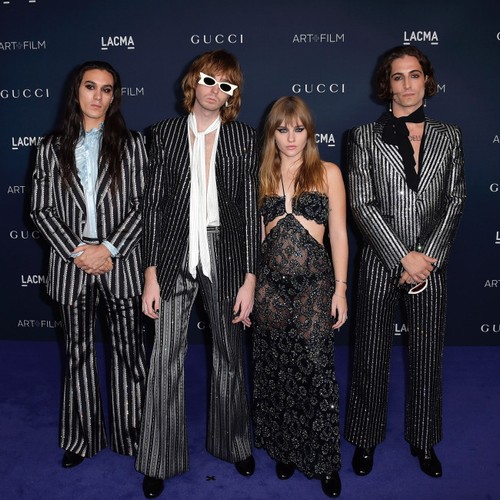 Maneskin has released a new mini-documentary about their North American tour.

They wrote: “Welcome to our first North American Tour! The past two months on the road have been insane and we can’t wait to get back! But until then, please fasten your seat belts and enjoy our New Year’s gift that we specially have prepared for you.

“The same old friends: dancing Thomas, screaming Dam, contemplative Ethan and loud Vic explore the most beautiful locations and backstages in North America. I hope you enjoy it as much as we do. Happy New Year folks!”

Maneskin will release their third album ‘Rush’ in January and previously revealed it was inspired by Radiohead.

Victoria explained: “It’s a new side for our new audience, but we’ve always played ballads. That’s always been a big part of our music, so with this one we tried to experiment a bit more with the sound. We listened to a lot of Radiohead where they work a lot with pedals.”

Damiano added: “I think the inspiration we got from Radiohead was to be very focused on creating a very specific world for each song. It’s something they do very, very well, so we tried this great atmospheres, they really create an image of what you’re listening to, and that inspired us.”