Martin Kemp: ‘I never considered myself a singer’ – Muzieknieuws 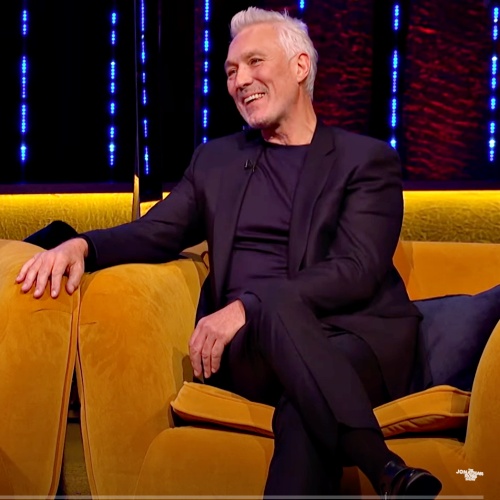 The secret is finally out! Martin Kemp, the very own of Greatest Hits Radio, was unmasked along with his wife Shirlie on Saturday night’s episode of The Masked Singer. He spoke to Rossie on the station’s Breakfast Show this morning about his experiences as one half of Cat and Mouse:

About the feedback from the jury and the joy of singing: ‘I found the feedback from the jury very fair. They said ‘the mouse could sing and the cat had a hard time’ and I thought that was right! I never considered myself a singer, but I love doing it because when you sing at the top of your lungs you get an incredible endorphin rush. That’s why people sing at football, they sing in church, because it makes you feel so good, and that’s what I’ve experienced. And I promise you, so many people out there say I never sing because I can’t, just do it, on your own or whatever, find out what key you can sing in and sing along with your records, because it makes you feel great!’

Had they told the kids Roman and Harley?: “Did the kids know about it? Nobody knew we did it! You are absolutely sworn to secrecy, you have to sign an NDA, a real legal document, to say you won’t tell anyone. But you don’t want to, you don’t want to ruin the surprise – that’s the point. if you’re going to do it you have to commit to these things and you have to be willing to go for it and that was part of the fun, keeping it a surprise.”

On the Cat costume: “It was so hot in that costume, I can’t tell you!” You can be in that mask for three minutes at the most because it is so hot. And they come along and they feed you and give you drinks through a straw, like you’re in a space pod and going to the moon. It feels isolating and was kind of hard to sing in, but it was a lot of fun, really hard on points, but so much fun.”

Listen to Martin’s chat with Rossie at greatesthitsradio.co.uk