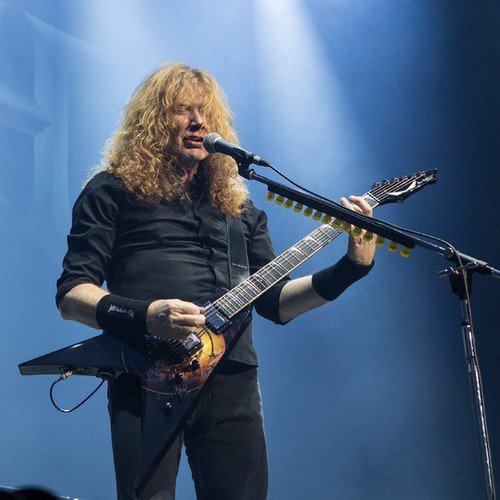 The 61-year-old musician has tried to entice the ‘Raining Blood’ band – whose farewell tour ended in 2019 – to reunite for a special performance at the Los Angeles Coliseum, featuring thrash metal’s Big Four, Megadeth, Slayer, Metallica and Anthrax .

He said: “I really think it’s time for the guys at Metallica to step forward, and we’ll do one last round, see if we can get Slayer out of retirement and pass a ‘Big Four torch’ to the new Big Four. four.

“It remains to be seen who they are, but I feel like they are some of the players that we already mentioned.

“I think symbolically it would be really cool if we did something like the LA Coliseum, even if it’s just one show and that’s it.

“Slayer is from Los Angeles, so it would probably be more convenient for them to go home at night.”

But Dave admits the band “just don’t love it”.

In early 2010, the Big Four played a number of gigs together in Europe and North America.