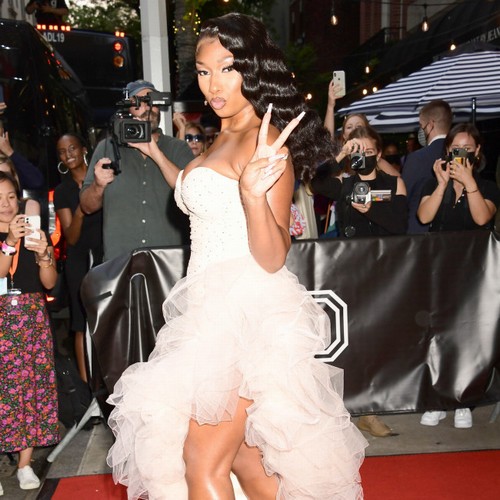 Megan Thee Stallion’s lawsuit against her record label is about to go to trial.

The 27-year-old rap star – whose real name is Megan Pete – previously filed a lawsuit against 1501 Certified Entertainment over its definition of an album, with Megan accusing the label of holding her to her contract.

1501 Certified Entertainment, on the other hand, insists that Megan’s “Something For Thee Hotties” compilation is not an album, meaning she has yet to fulfill the terms of her contract with the company.

But now a judge has insisted that the case should go to trial.

Rolling Stone reports that Megan’s response request read, “Pete should get her day in court to present evidence and testimony to the jury proving that she did everything that was required of her in the delivery and release of her albums.”

Megan is seeking damages of at least $1 million.

The hit parade previously accused her label of blocking her music.

The “Hot Girl Summer” rapper explained that she tried to negotiate aspects of her contract with 1501 after signing a deal with Jay-Z’s Roc Nation management, which made her more aware of some of the clauses in the deal with the label.

Speaking to her fans on her Instagram Stories, Megan said, “When I signed, I didn’t really know what was in my contract.

“I was young, I think I was about 20. So when I got to Roc Nation, I got management, real management.

“I got real lawyers and they said, ‘Do you know this is in your contract?’ And I was like, ‘Oh that’s crazy, no I didn’t know that.'”