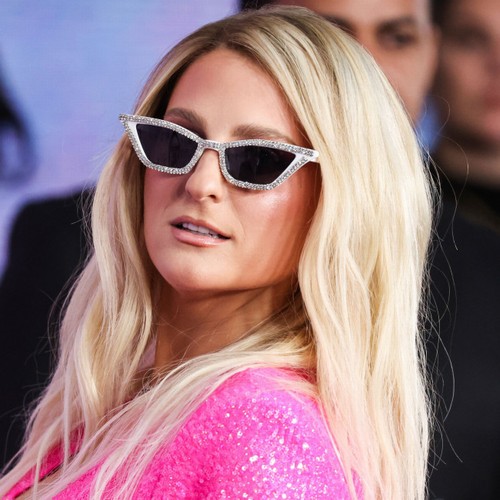 Meghan Trainor releases a new version of ‘Made You Look’ with Kim Petras.

The adorable clip sees the couple joined by Meghan’s 23-month-old son Riley – who she has with her ‘Spy Kids’ star husband Daryl Sabara – in the studio.

The 29-year-old singer/songwriter admitted she struggled to accept her new body after giving birth to her son Riley via c-section in 2021, but says she wrote her new single after facing her issues.

She explained to Billboard, “It was one of the last songs I wrote for the album. I knew I needed my confident banger that I always do on my albums, and I was really doing ‘All About That Bass’ study. I was like, ‘Why did this work so well?’ I think everyone just likes to sing along to a song that says, “I’m awesome, I’m the s***, I’m hot.” Especially after having a baby I was already struggling to love my body I was under a C-section scar that crossed all my stretch marks and I was really struggling to love myself but also love myself in the in front of my own husband [‘Spy Kids’ star Daryl Sabara].

“My therapist made me stand naked in front of the mirror every day and the first day I was shaking and hating it. By the third day I was noticing things I liked about my body and I was like, ‘Wow, this is so powerful.’ So I was in the shower one day and I was like, “Yeah, they could dress me in all these nice clothes, but when I’m at my dirtiest and at home, my man says, You’re the most beautiful girl in the world.” .You are the prettiest.’ I wanted to put that in a song, and I wrote the chorus in the shower.”

Meghan also revealed that becoming a mother has changed her way of thinking about music.

She said: “It’s more important now. I think I’m more mature too, because I’m older and have been through more, so now I’m at an age and at a point in my life where I’m like, ‘Here’s what’s really matters and what doesn’t matter. I’m not going to stress anymore.” I really had to work with my therapist on what I can and can’t control. These stretch marks here, [I have to] get used to it and learn to love them because I have no control over whether they leave or not. I try to bring that ‘let it go’ vibe into my songwriting.