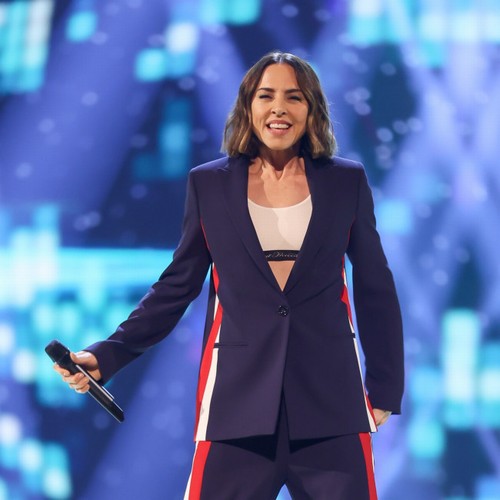 Melanie C admitted that her “ultimate dream” is to get back on stage with Victoria Beckham.

The Spice Girls reformed three years ago without the fashion designer for a stadium tour and although the group – which also includes Mel B, Emma Bunton and Geri Horner – had an “incredible time”, they would love to tour again as a quintet.

Melanie said: “We were received so beautifully, we had the most incredible time.

“It was the moment we realized the impact we had had on a generation of people. We are eager to get back on the podium, it’s something we keep talking about. It just navigates everyone’s life, work, family.”

Asked if there would be another reunion with Victoria, she added to The Times’ Saturday Review: “That would be the ultimate dream. The door is always open for Victoria, we would love to see her again. We keep our fingers crossed. “

And the ‘Northern Star’ hitmaker admitted that the group would especially like to perform at the world-famous Glastonbury festival.

She said: “Glastonbury is so magical and it’s without a doubt the quintessential British festival.

“One day a Spice Girls performance there would be a great thing. We would love to honor that podium.”

Meanwhile, Melanie admitted that the sexism the Spice Girls faced in the early days of their career “galvanised” them and that they are “really proud” of their Girl Power message.

She said: “It kind of galvanized us because we knew we had something to prove.

“We went out naively as young women who wanted to make music and have fun, not knowing what to expect.

“The Spice Girls gave us a great platform to change things. And we did. We opened doors for women.

“It wasn’t all thanks to the Spice Girls – we were part of a larger movement – but we made feminism, which could seem academic and intimidating, more palatable to a younger audience.

“I’m very proud of our legacy. Girl power was about standing strong, being together and proving to the world that being a woman didn’t stop you from achieving everything your heart desired.”