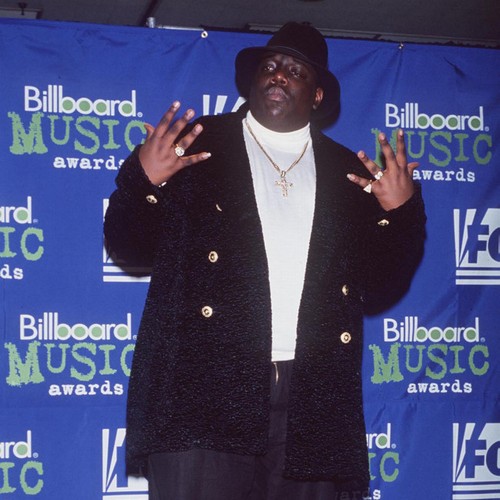 The late hip-hop icon’s estate is teaming up with the tech giant on “Sky’s the Limit,” which will be screened on Meta’s Horizon Worlds VR platform and Facebook on December 16.

The avatar of the ‘Hypnotize’ rapper will perform, taking viewers on a ‘narrative journey’ through the life of the Brooklyn star.

On what would have been Biggie’s 50th birthday on May 21, the Empire State Building changed the color of its lights to red and white, with a rotating crown on the mast honoring the iconic star.

A special memorial ceremony was also held at the New York memorial and was attended by a host of friends and associates, including Lil Kim, Lil’ Cease and Voletta Wallace, the rapper’s mother.

In Brooklyn, the Barclays Center paid tribute to Biggie’s life by displaying a video montage of his records on display above the arena’s entrance.

In addition, on May 21, the New York City public transit agency released a special edition of the MetroCard that featured the hitmaker “Juicy.”

Biggie – whose real name was Christopher Wallace – rose to fame in the early 1990s alongside Sean ‘Diddy’ Combs.

And Diddy previously admitted that “the money, the fame [and] success” lost all meaning to him after the death of his close friend.

He shared, “It made me appreciate life, and it made me want to… do things for the greater good.”