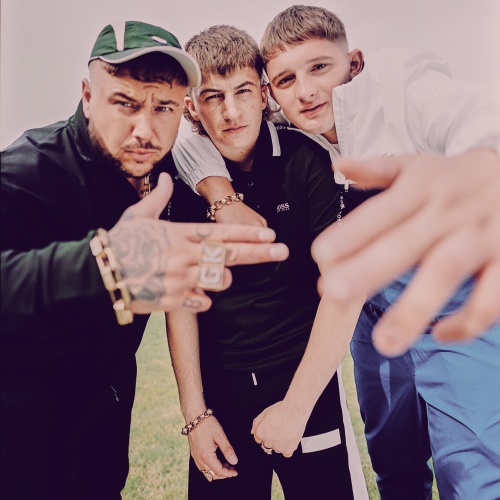 Anna Karatziva, Head of Talent and Music, MTV UK & IRE, commented: “Our favorite new artist campaign is back! MTV Push UK & Ireland returns to support another incredible line-up of new music talent, giving them the platform and exposure to boost their careers. It was inspiring to listen to the wealth of amazing new music produced by the latest artists, proving that the industry is only getting more creative. We are delighted to be working with our 10 nominees and can’t wait to find out who our viewers will crown as the new MTV Push UK & Ireland winner in January 2023.”
MTV Push UK & IRE 2022 winner Bad Boy Chiller Crew added:

“Big up MTV PUSH UK & IRE 2022…winning this last year was such a big moment for us. We can’t wait to see who wins this year – good luck to all nominees. Get behind your favorite artists, you charvaaas”

The incredible emerging artists will be some of the most exciting acts of 2023, with each presented by MTV with exclusive content premiering on our channels and social platforms in January.

BELLA
Thank you MTV for recognizing me as one of your top 10 artists for 2023. It’s an honor to be in such great company and to be seen by such an impeccable establishment. I grew up watching my favorite videos on your channel, so to be here is a really huge achievement for me.”

CAITY BASER
“I can’t BELIEVE I landed on this year’s MTV list. It really is a dream come true. I used to watch the list when I was little, so the fact that I’m going to be a part of it now is wild! To everyone who played and danced to my music, thank you so much I LOVE U! LET’S GOOOOO!”

DYLAN
“Being recognized as an influential person from MTV is a huge yes moment for me, and I’m so happy to be part of this year’s roster, thank you MTV!”

FLO
“We couldn’t believe it when our very first video for ‘Cardboard Box’ went viral and showed us how important music videos are! MTV has been championing artists and their music videos for decades and we’re so thankful to be one of their nominees for MTV Push UK & IRE 2023. Bring it on.

KATIE GREGSON-MACLEOD
“To be recognized in this way by MTV is incomprehensible to me. Many of the former nominees have had a huge impact on my music and to be in the 2023 cohort is truly a huge honor. I can’t wait to develop as an artist and see what 2023 has in store not only for me, but for all the artists and creatives who continue to inspire me.”

PIRI & TOMMY
“We are so thrilled to be one of the MTV Push UK & IRE 2023 nominees! A huge thank you to MTV for all the support, great frog nation!”

RIMZEE
“Great MTV. It is an honor to be recognized and supported by such a legendary platform. This is only going to inspire me to go faster.”

SHASIMONE
“It’s always a great feeling when you find out you’ve been selected for something, so it’s such an honor to be a part of this campaign. It’s been such a great year and I remember my first time working with MTV for YORaps and I couldn’t have worked with a better team so it’s a pleasure to continue this relationship in 2023 and work with them again to work – thank you and see you another great year ahead!”

STONE
“We are honored to be nominated for MTV Push UK & IRE 2023. MTV has always been such a cool platform for artists to be involved with, so having such support from them means so much to us.”