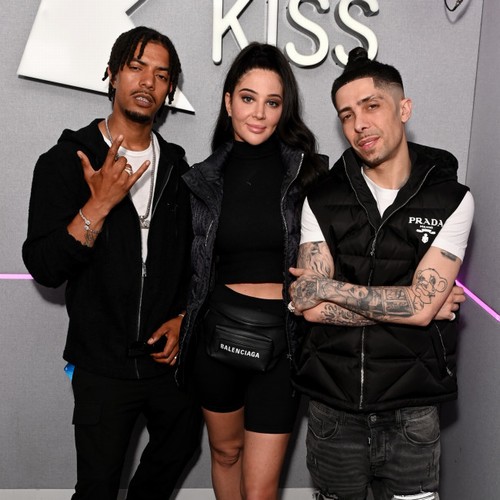 N-Dubz will play five open-air shows in the UK this summer.

The reunited trio of Tulisa, Dappy and Fazer – who went on an indefinite hiatus in 2011 before returning earlier this year with new single ‘Charmer’ – have announced a string of headline dates for 2023.

On July 7, the band will play in the Brighton Valley Concert Series, with an appearance in the Margate Summer Series the following day.

They’ll be in Scarborough on July 20, followed by dates in Gunnersbury Park, London (August 11) and The Bay Series, Cardiff (September 8).

As part of the summer tour, the band have also announced shows at QEII Arena in Telford (July 9), Sunderland’s Ferrington Country Park (July 21) and Stadium CSM in Colywyn Bay (July 22).

In a short statement on Instagram confirming the full dates, N-Dubz wrote: “See you in the summer!!! (sic)”

The band is currently touring the UK with former ‘Love Island’ star Wes Nelson as a special guest.

Before making their comeback in May, Fazer – whose real name is Richard Rawson – teased that the ‘I Need You’ group had always planned to get back together “one day”.

“We never said it wasn’t off the map, we always said it will come back at some point.

“Right now there’s a lot of skeptical stuff, but we’ll bring it back at some point.”

Tickets go on general sale Friday 25 November at 10am via www.livenation.co.uk.

Bad news: the headlines are indeed getting more negative and angrier | Media