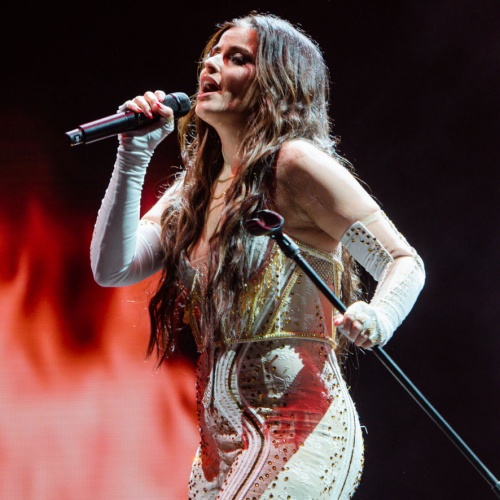 Nelly Furtado performs first show in 5 years at Australia’s Beyond the Valley festival and joins Dom Dolla on stage to sing the first-ever live performance of the trending tik-tok sound ‘say it right’.

For Beyond The Valley’s eighth consecutive New Year’s Eve event, more than 30,000 attendees were treated to an exclusive and unforgettable New Year’s Eve performance by global pop star Nelly Furtado, performing live for the first time in more than five years.

The Grammy Award winner took to The Valley stage, centered in one of the world’s largest natural amphitheatres, to sing some of her biggest hits from the ’00s, including “Promiscuous,” “Say It Right,” “Maneater ‘ and ‘I’m Like A Bird’ just before acclaimed Australian producer Dom Dolla ring in the New Year at the stroke of midnight.

Festival goers were also surprised with another world first, with Nelly Furtado joining Dom Dolla on stage during his set. The headliner artists played together for the first time the critically acclaimed TikTok edit of Nelly Furtardo’s ‘Say It Right’, mixed with Bicep’s track ‘Glue’ – which has been streamed more than 4.4 million times.