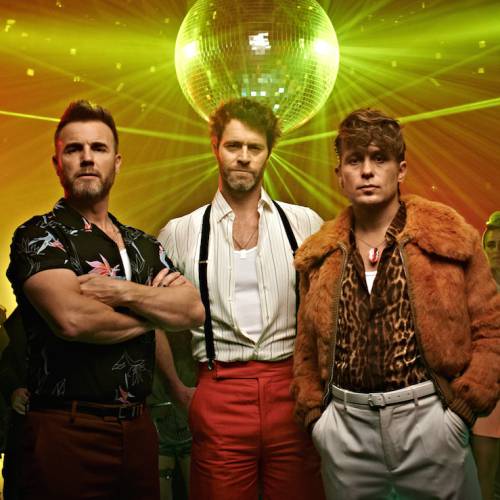 In The Ultimate Take That Song on Radio 2 (Sunday 1 January 2023, 1pm-3pm), Never Forget is revealed as Radio 2 listeners’ favorite Take That song following an online vote. In the live show, hosted by Cat Deeley, Back For Good was announced as runner-up in second place, Rule the World in third place, with Shine in fourth place and Greatest Day in fifth place.

From Wednesday 23 November, listeners were asked to vote for up to three of their favorite songs from Take That’s Top 75 UK chart singles. Voting closes on Wednesday 14 December. The results have been collected for this special show –– with Cat counting down the Top 30 in a pop-filled program that also features the band in new and archive interviews, plus fans talking about their favorite Take That songs. The program can also be seen on BBC Sounds for 30 days from 3pm (Sunday 1 January).

Cat Deeley says: “What a wonderful result! Never Forget is one of my all-time favorite Take That songs, so I’m extremely pleased to announce it’s the winner of the Radio 2 listener’s vote in The Ultimate Take That Song. And what better way to ring in 2023 than by revisiting Take That’s most beloved music? It’s a glorious start to the year.”

In the program, Mark Owen says: “Never Forget would be at the top of my list. It’s the arms, it’s the band’s story, it’s always such a special moment when you see it with a crowd because everyone can join in and be a part of it. Howard sings beautifully on this, he puts on a great voice. It just all came together and it was one of the few times we all sang a line… it’s a majestic song and beautiful, from the boys choir from the beginning to the full gospel choir at the end. Never Forget is a journey, it’s in the song and it’s been in our lives for us.

In the programme, Gary Barlow says: “[Never Forget] was not born with this huge chorus as it sounded on the single. Even the demo was pretty laid back and it wasn’t until he went to Jim Steinman’s studio in New York that it started to have the drama of something that would end a concert. When it came back from him, I was like, ‘Well, there’s the encore’. I watched everyone in the audience sing this song… Within a few nights the audience got the hang of raising their arms every time you sing a ‘Never’. That’s pretty much how we run it to this day. I don’t think we’ve ever dared leave it out of a setlist. Why would you? It is always a real pleasure to perform this song. I am so happy that people still hold it so close to their hearts after all these years, so thank you everyone.”

Jeff Smith, Head of Music, Radio 2 and 6 Music, says: “Take That are one of Radio 2 listeners’ favorite bands, so we’re delighted to treat them to a New Year’s Day sing-along featuring hours of Take That classics, as well as interviews with the band.”