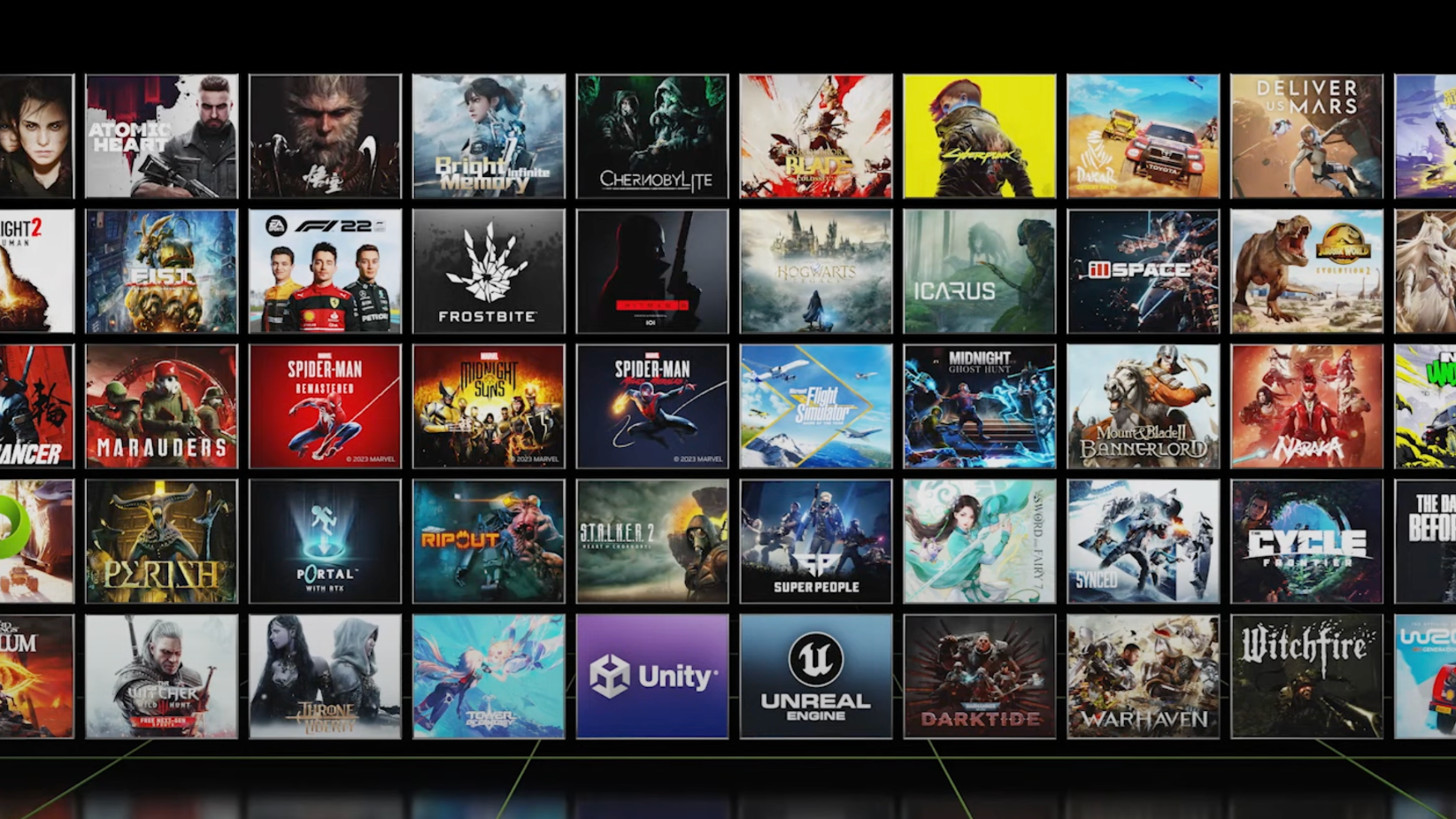 Those aren’t the only titles getting DLSS 3 support, either. The keynote highlighted a handful of upcoming games that will take advantage of Nvidia’s AI frame-boosting technology, such as Throne and Liberty, Warhaven, and SuperPeople. Any games that feel like their titles are AI generated too.

DLSS 3 can handle CPU-intensive games like Microsoft Flight Simulator and can more than double the frame rate from around 60fps to 135fps, which is pretty impressive for a resource-hungry game. My personal favorite, Spider-Man Miles Morales, runs at nearly 200 fps with ray tracing on.

Nvidia has confirmed that 50 current and future games will support DLSS 3.0. Currently, 17 games support DLSS 3. The keynote video showcases the new gameplay of Witchfire, Warhaven, and The Day Before. It ends with some pretty sick never-before-seen Atomic Heart visuals with some Bioshock-esque gameplay.

DLSS 3 games are backwards compatible, so those on older RTX hardware can still take advantage of the technology.

Nvidia expects the next major DLSS 3.0 update to arrive “later this quarter.”