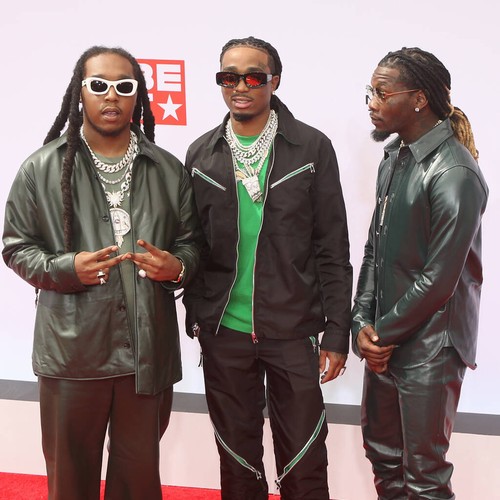 Offset has written a heartfelt tribute to his late bandmate and cousin Takeoff.

The late Migos bandmate was shot and killed at a bowling alley in Houston on November 1 at the age of 28. Takeoff formed one-third of the rap group Migos, also composed of his uncle Quavo and his cousin Offset.

On Tuesday, more than two weeks after Takeoff’s death, Offset broke his silence on the tragedy and shared a touching tribute.

“The pain you have left me is unbearable. My heart is shattered and I have so many things to say but I can’t find the words,” Offset said. “I’ve been going to sleep and waking up hoping this is all a dream, but it’s reality and the reality feels like a nightmare.”

“I know someone with a soul like yours is in heaven right now. I hope you can see how much we love and miss you.”

Since Takeoff’s passing, Offset has delayed the release of his second solo album. The self-titled album was originally set to be released on November 11.

“You have left a hole in my heart that will never be filled,” Offset concluded his post. “Even though I know you will always be with us, give me a small sign or a beautiful dream. I love you forever.”