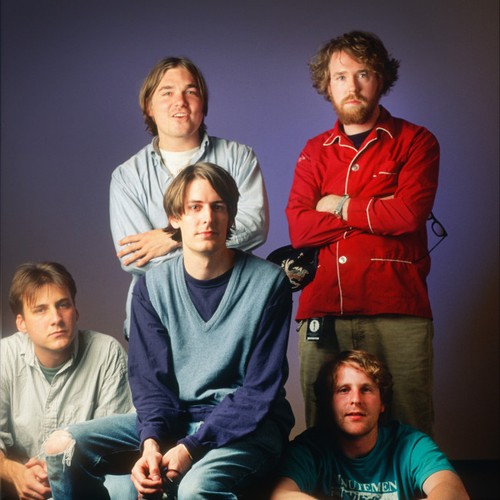 Pavement is going to launch a stage musical based on their songs.

The indie rock band – which consists of Stephen Malkmus, Bob Nastanovich, Scott Kannberg, Steve West, Mark Ibold and formerly Gary Young – released five albums during their initial run from 1989 to 1999 and became known for songs like “Range Life.” and ‘Shady Lane’ and enjoyed a reunion this year, but now plan to perform their songs in a musical titled ‘Slanted! Enchanted!,” named after their first studio album.

Alongside a poster for the upcoming production, the ‘We Dance’ hitmakers tweeted, “The majesty and mystery of Pavement, one of rock music’s most unique treasures, brought to life on the theater stage for a condensed, unforgettable stand.”

Two workshop performances are scheduled for December 1 and 2 at the Off-Broadway Sheen Center in New York.

No plot details have been made public yet, but Alex Ross Perry – who also wrote the book accompanying the musical – is listed as directing just months after helming a remake of Pavement’s 1999 hit “Harness Your Hopes.” .

Michael Esper – who starred in the Green Day jukebox musical ‘American Idiot’ on Broadway – stars alongside Zoe Lister-Jones, who is known for playing Fawn Moscato in the sitcom ‘New Girl’ alongside Zooey Deschanel.

Earlier this year, Stephen – who hit the road with his bandmates for the first time in more than a decade in September – insisted that their old songs are good enough to “exist in the present” and ruled out the idea of ​​releasing new music record.

He said, “No way. This one [old] songs are good, they exist in this present. That’s me, anyone can do what they want. It’s your life, choose your adventure. If a band wants to make a new album, they’re happy to do it, that’s totally awesome. But yeah, that’s not happening.”