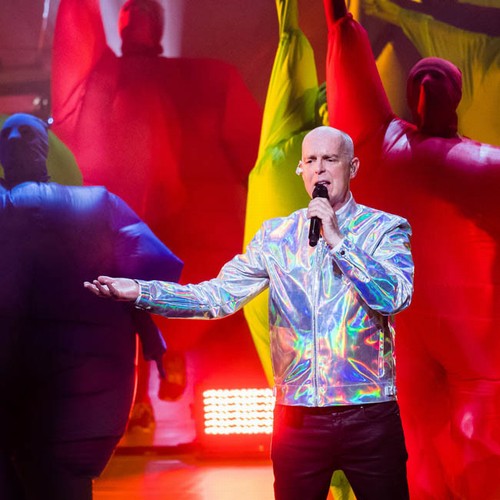 The ‘Dreamland’ duo – consisting of Neil Tennant and Chris Lowe – have confirmed they will be releasing a four track EP entitled ‘Lost’ to accompany the 2023 edition of their annually released book ‘Annually’.

They wrote on Twitter: “Pet Shop Boys will release their first new music in two years with the four-track CD EP ‘Lost’, which accompanies the 2023 edition of Pet Shop Boys ‘Annually’ book, due out in April. is available.

The EP takes its title “Lost” from the first track, “The lost room,” but “it also seems to represent some kind of larger, philosophical or political point, where there have been moments lately where the world feels a bit lost in terms of the direction it is going. (sic)”

They tweeted: “The ‘Lost’ CD EP and the 2023 edition of ‘Annually’ will be released April 15th and can be pre-ordered at the link below. (sic)”

In 2020, the pair credited their long career with “never” losing the “sense of playfulness” with their work.

Neil said at the time: “We’re having a lot of fun writing. There’s a lot of laughter.

“We’re really lucky. I know most people in music have much more difficult relationships than we do.

“It’s not just a job. It’s more playful than that. All creativity comes from a sense of play.

“Chris and I have never lost that sense of playfulness.”

Asked if they have any creative differences, Neil insisted, “We can do whatever we want to do within Pet Shop Boys.”