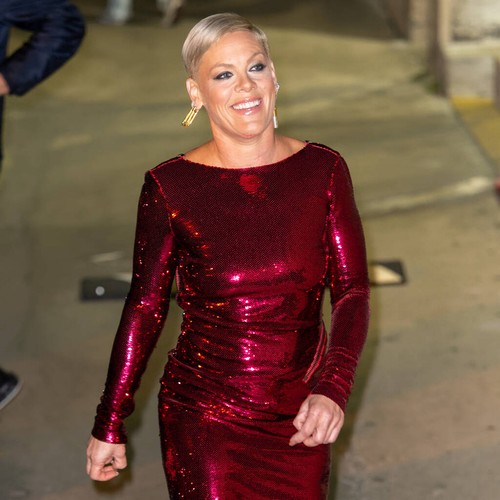 Pink gushed about her upcoming album and tribute to Olivia Newton-John.

Speaking to Billboard for an interview on the American Music Awards red carpet on Sunday, the Just Give Me a Reason singer shared how she wrote her upcoming album.

The singer previously announced that her upcoming album, TRUSTFALL, would be released in February next year.

She told Billboard that writing the album “was a three-year process,” adding, “And it was all over the place. I’ve been working with a lot of new people.”

Despite the long road to release, Pink called it “one of the best albums I’ve ever made in my life”.

Elsewhere in the interview, she talked about her tribute to the Grease star, which she went to at the AMAs.

Pink called the late singer and actress “amazing”, confided, “I just hope I do it justice because she just has a beautiful and ethereal voice. And so it’s a tough act to follow.

When asked if she gets dizzy performing acrobatic tricks during her performances, Pink simply replied, “No.”

According to the New York Post, Pink later received a standing ovation during her Olivia Newton-John tribute performance of Hopelessly Devoted to You at the AMAs.