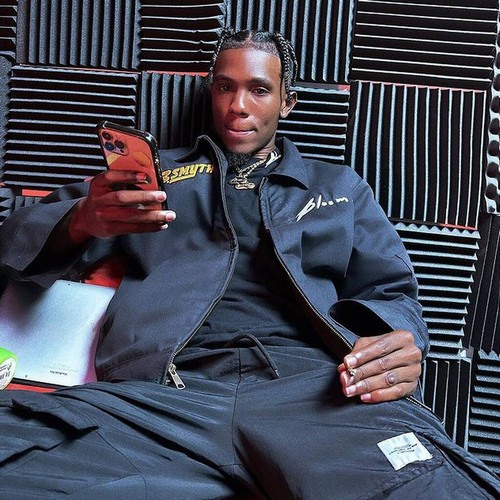 R&B singer and dancer B. Smyth has passed away at the age of 28, just weeks after releasing his latest single Twerkaholic Pt. 2 from his ICU bed.

Denzil, the R&B singer’s older brother, confirmed the tragic news in a video posted to Smyth’s Instagram page on Thursday.

In the caption, Denzil wrote that the Twerkaholic singer, real name Brandon Smith, died of respiratory failure after a long battle with pulmonary fibrosis.

Denzil stated that his brother often shared how much he loved his fans and that he had been looking at dance challenges for his latest single Twerkaholic Pt. 2 three weeks ago in the intensive care unit of the hospital.

“All those new TikToks and Instagram reels made him very, very happy,” Denzil recalled. “He was able to have a smoother process… All the love and light you sent on social media, he really felt and sank into it.”

He stated that his brother asked him to make the video to show his fans how much he “appreciates everything you guys do for him”, and that it was his fans who inspired him to pursue new projects in music or fashion .

Smyth rose to fame on YouTube by covering songs by Rihanna and Miguel, such as Stay and Quickie.

In 2012, he signed with Motown Records and released his first single, Leggo, with 2 Chainz. In 2013, he released an EP called The Florida Files, which featured the lead single Win Win with Future.