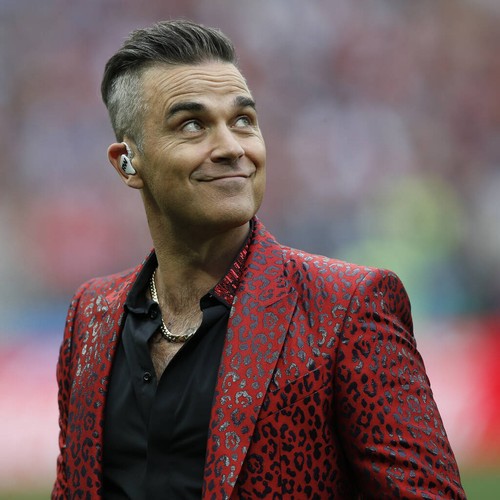 Robbie Williams has admitted that he “ruined” his chances with his “crush” Kylie Minogue by acting like crazy.

During an interview with radio DJ Scott Mills for the one-off show, Robbie Williams: My Life Thru a Lens, the British pop star was asked if anything happened between him and Kylie around the time they collaborated on the 2000 duet Kids.

“Unfortunately not as much as I wanted to be,” he replied, before admitting that his schoolboy antics around her probably didn’t help.

“I screwed that up by being 13 whenever I was around her. It was like the girl from the year above me. ‘I don’t know how to talk to you!’ But she is my crush, my crush of all crushes,” he shared.

Robbie is happily married to model/actress Ayda Field, the mother of his four children; Theodora, 10, Charlton, eight, Colette, four, and Beau, two, since 2010.

Elsewhere in the special interview, the Angels hitmaker confessed that he left Take That in 1995 because he was in the middle of the “first of many” mental breakdowns.

“All the information going into the computer overloaded the computer… So it felt like I was in some kind of burning building and I had to get out,” he explained.

He also told the radio host that he sees “a lot” of himself in Harry Styles, especially when it comes to onstage banter.

“This is minor, but the algorithm on my YouTube threw up a video of Harry Styles talking between songs and what he was talking about was a bit of bullshit, as I’m talking about, just a bit of chatter,” he commented.

The interview with Robbie will be broadcast on BBC Radio 2 on Sunday 1 January.