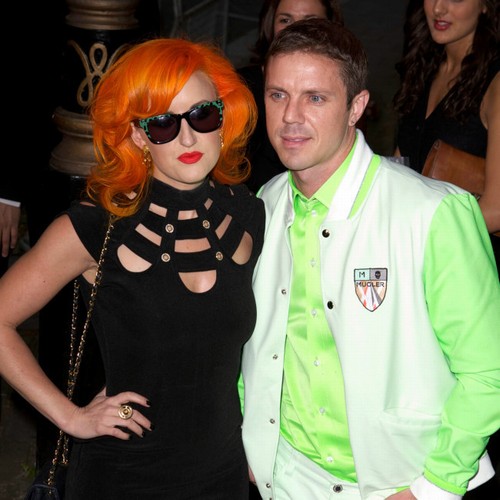 The music of Scissor Sisters has found a new home at Warner Chappell Music.

The ‘Take Your Mama’ group – consisting of Jake Shears, Babydaddy, Ana Matronic and Del Marquis – have signed a catalog deal for their entire collection with the Warner Music Group branch.

Babydaddy – whose real name is Scott Hoffman – said: “The Scissor Sisters’ songs are still in touch with so many fans around the world, and we are so excited to have found a home with the global acclaim of Warner Chappell Music.

“We are thrilled to announce that the incredible team at Warner Chappell will continue the journey of the Scissor Sisters with us.”

The charts are working with the label to breathe new life into their music and open new ears.

Jake said: “Babydaddy and I are very proud of all the music we’ve made together and couldn’t be happier to have Warner Chappell Music taking care of our songs going forward.

“The global team has some really great and ambitious ideas about how they’re reviving our catalog, and we can’t wait to see what they do.”

Emily Foreman, creative manager at Warner Chappell Music UK, added: “Scissor Sisters are such an iconic name in dance and pop culture and their early songs still sound as fresh and innovative as when they first came out. I am honored to represent these classic records at Warner Chappell Music and look forward to finding ways to connect their songs with new audiences.”

In addition, the hit makers of ‘Filthy/Gorgeous’ have signed with the same management team behind the Steps revival, Fascination Management.

CEO Peter Loraine said: “It was an honor to be asked by the band to nurture, nurture and develop their business. Their catalog of music and visuals is top notch and has so much potential. I worked with the band during my years with Polydor, so to be professionally reunited is a dream come true.”

The glam rock group rose to prominence in 2004 with their Grammy-nominated disco performance of Pink Floyd’s “Comfortably Numb,” the same year they had the year’s best-selling album with their self-titled debut studio album.

The Scissor Sisters have released four studio albums to date, the latest being 2012’s ‘Magic Hour’, which was co-produced by Calvin Harris.