Shakira shocked by the success of Session 53 – Music News 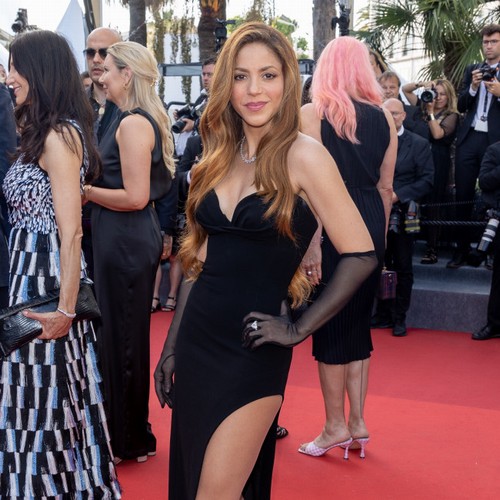 Shakira is in shock about the success of her new single.

The 45-year-old singer collaborated with Bizarrap on “Shakira Bzrp Music Sessions 53,” which focuses on her ex Gerard Piqué, 35, and his new partner, Clara Chia Marti, 23, and Shakira admitted she is surprised by the global success.

She wrote on Instagram: “Which was cathartic and a relief for me, I never imagined that at 45 years old and in Spanish I would instantly become number one in the world.

“I want to embrace the millions of women who stand up to those who make us feel insignificant.

“Women who stand up for what they feel and think, and raise their hands if they disagree, while others raise their eyebrows.

“They are my source of inspiration

“And this achievement is not mine, but everyone’s.

“Not as society directs us, but in any way we can imagine, which serves us to move forward for our children, our parents, and those who need us and hope for us.”

Shakira and Gerard – who have sons Milan, nine, and Sasha, seven, together – announced their separation in June after 11 years together.

Sharkira’s scathing track features lyrics like, “It’s a necessary farewell. What used to be incredible has become routine.

“Your lips don’t taste like anything to me. Now it’s just the opposite.

“You left me because of your narcissism. You forgot what you used to be.

“Distance with your attitude, and that worried me. You haven’t given half yet. I know I gave more than you.’