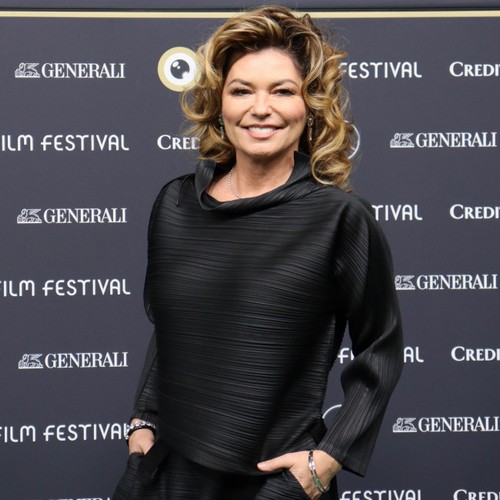 Shania Twain says a collaboration with Harry Styles would be a “dream”.

The country music legend – who joined the former One Direction star at Coachella earlier this year to perform her hits ‘Man! I Feel Like A Woman’ and ‘You’re Still The One’ – would love to make “magic” with him in the studio.

She appeared on ‘TalkShopLive’ with Nancy O’Dell and said, “I went on stage with Harry Styles [at Coachella].

“He invited me on his stage, which was so great and [he’s a] sweet, sweet person. I want to say sweet boy, but I mean he’s not a kid anymore, is he? He is a man.

“[A collaboration] would be my dream, yes. He is currently making movies. I would love that. Put it there! Make it happen, absolutely. And magic will happen, I am sure.”

Meanwhile, Shania is preparing for the release of the new album ‘Queen of Me’, which will be released on February 3, 2023.

She admitted that the pandemic gave her enough time to focus on writing, and the sessions yielded enough material for “four albums”.

She explained: “The COVID period gave me more time than I expected. So I’ve basically written four albums worth of music.

“This is just the beginning. I’ve been so productive, I’ve written a lot of music.

“So it was really hard to narrow it down to what this album would be then, ‘Queen of Me’, but of course once I get to the real focus of the album’s sentiment, what I personally want to express there on this moment, which is the Queen of Me message, be the queen of yourself, own yourself and take responsibility for the good and the bad and everything in between.

“So the songs kind of fell into place after that, once I got a good start, which was the title.”

Will an African team win the World Cup? | TV shows