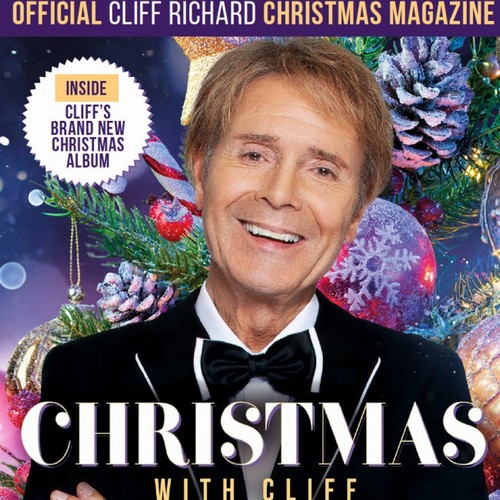 Sir Cliff Richard doesn’t do long tours because of the “tension” on his vocal cords.

The 82-year-old music legend will embark on ‘The Blue Sapphire Tour’ in November, eight shows starting November 6-12 with a mini-residence at London’s Eventim Apollo.

He said: “It’s not a very long tour. The heavy revs are a real strain, especially for the vocal cords. You wake up in the morning hoping your voice will be okay tonight, so that’s a stressful thing, so I’m just doing about eight concerts next year and it’s going to be fun. I like it and it’s fun to be in front of the audience. It’s a mutual love.

“You have to be a little dignified when you’re 82.”

Cliff would never want to quit music because he wouldn’t want to make a “comeback” if he decided to make a U-turn.

He explained: “Stop is a good word. I could stop one day. I don’t want to retire. Once you retire you feel like you have to stay away and if you want to do something it’s called a comeback. And every time I hear that someone has made a comeback, I think they’re out of money.

“Recording is so much fun, if I could record every day of my life I would. It’s always a challenge because every time you make an album there’s something different about it.”

The ‘Devil Woman’ hitmaker released his first celebratory album in nearly 20 years today (25.11.22), and he was thrilled to record it in the same studio as his idols the Bee Gees.

He told Ken Bruce on BBC Radio 2 about his latest Christmas collection ‘Christmas with Cliff’: “It’s a nice album and I hope people like it. Unusually I used two producers because I wanted to have a dynamic… and they gave it to me. They were fantastic producers – different styles of music but connected because of Christmas.

“The backing tracks were done in LA and I put my voice on in Miami. I found a studio that the Bee Gees used to use and I’m a big fan of the Bee Gees, so I said, ‘Yeah, let’s do it there’.

The record was released in magazine format in an effort to get CDs back into supermarkets.

It comes with the full 13-song CD and a 20-page magazine “dedicated to the album and Cliff’s love of Christmas”, and is eligible for the charts.

Cliff said: “I’ve had a lot of firsts in my career but no album has ever been released in a magazine format, it’s like Christmas came early for me. Music means so much to all of us and to make sure it’s available to everyone is there is no It doesn’t matter who they are or how old they are this format has allowed me to share my love of Christmas and a few personal memories so I’m really happy to be posting this in such a nice way to share with you.”