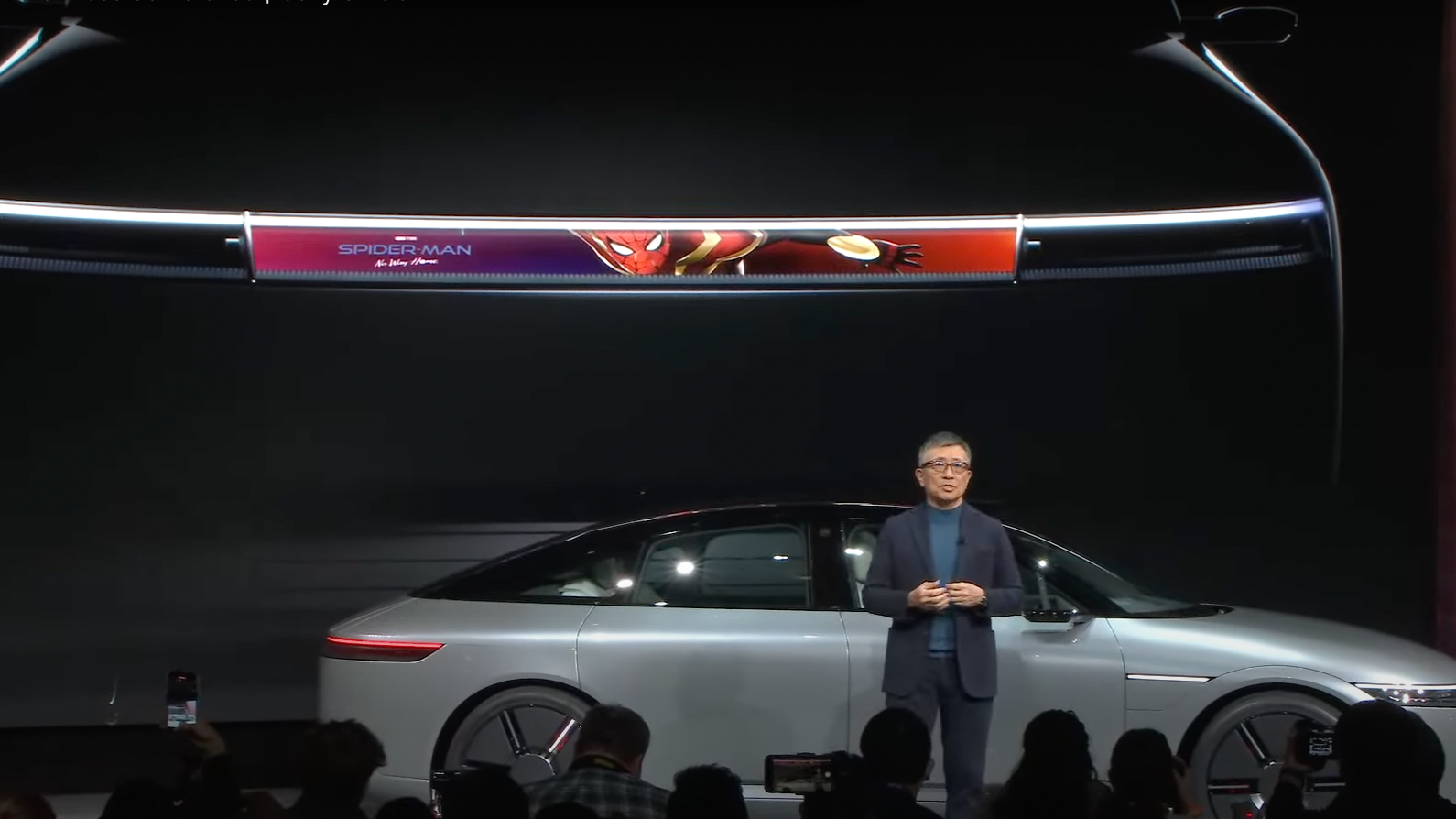 In a joint venture with Honda, Sony unveiled this prototype car at its press conference at CES 2023, which will hit the road in 2026. The Afeela is a sophisticated electric car that appears to be an upgrade from the Vision-S concept car (opens in new tab) Sony showed it a few years ago.

The Afeela has everything you would expect from a prototype car made by Sony and Honda. Sleek design, a bunch of sensors and safety features, and even a big fancy dashboard with screens for watching movies and playing PlayStation 5 games on the go.

On the outside of the car is the ‘media bar’, a long horizontal screen between the headlights. Sony Honda Mobility CEO Yashide Mizuno says the purpose of the media bar is for the car to “express itself by sharing different types of information with people around it.” It can show custom colors as if it were RGB on a laptop, the battery level of the EV, or even the weather.

It wasn’t until we got to the 34:50 mark of the presentation that Mizuno said Sony Honda Mobility was working with partners to “explore the possibility of how the media bar can create fun and exciting mobility interactions.” And almost in time for that line, an ad for the movie Spider-man: No Way Home popped up on the car’s media bar, right on the big screen behind him. I think I have an idea where this is going.

I get it, cars are expensive and selling ads has always been a way to make some extra income. In a world where we’re already inundated with a barrage of targeted ads, the idea of ​​every parked car or car at a red light ads for the Last of Us TV show or the Blu-ray remaster of Morbius seems a bit Orwellian. .

I can already see a bleak future where car dealerships offer cheaper rentals if people choose to have ads displayed on their cars when they are parked. I mean, people always pay for ad-free versions of streaming services and mobile games, so is an ad-free car really out of the question?

Sony Honda Mobility expects pre-orders for the Afeela in early 2025, with the first cars to be delivered in North America by spring 2026.