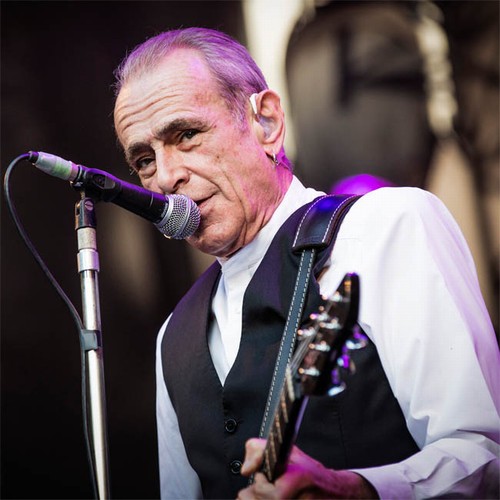 The 73-year-old rock star rose to fame as co-founder and lead singer of Status Quo alongside Rick Parfitt – who died of sepsis aged 68 in 2016 – and revealed that his death has left him thinking about his own life. mortality.

He said, “Dead? Yeah. I’ve had pneumonia three times, and the last one was in 2017. F***, have you ever been sick and sometimes you lay there at night and think you’d be in your sleep now can die? That was it. I hope there comes a time when you just go, it’s time to check out. And when there comes a time when someone has to wipe my derrière, I go. I dreamed of [Rick] last night. I had to do a voice for a movie soundtrack. He said, ‘I think you should let me sing this’, well, that was Rick all the way, ‘Let me, let me, let me.'”

The ‘Down Down’ hitmaker has reunited with his remaining bandmates Andy Bown, John Edwards, Leon Cave and Richie Malone and has gone on to challenge the idea that they can’t go on the road without Rick anymore.

He told The Daily Mirror newspaper: “The naysayers said ‘they can’t do it without Rick … blah, blah, blah’, and they may be right for all I know. But it just makes you get into it dives..”

Meanwhile, Francis commented on the controversial decision to hold the World Cup in Qatar – where homosexuality is illegal – noting that the laws are simply “their laws”, while acknowledging it is a “very difficult” choice for fellow artists for the lucrative opportunity to perform in the Middle East.

He said: “It is their laws, whether I agree with them is another matter. Or [Qatar was awarded the rights to host the World Cup] in a curved way or not, are we now saying that the rest of the world is not curved? Including our own country and our own government? Robbie [Williams] went and did so because they put a lot of zeros in front of him. It’s very, very hard not to.”

‘I’m only human after all’: Rag’n’Bone Man serves up bacon baps on weekends – Music News